What Does it Mean to 'Worship' as a Christian? 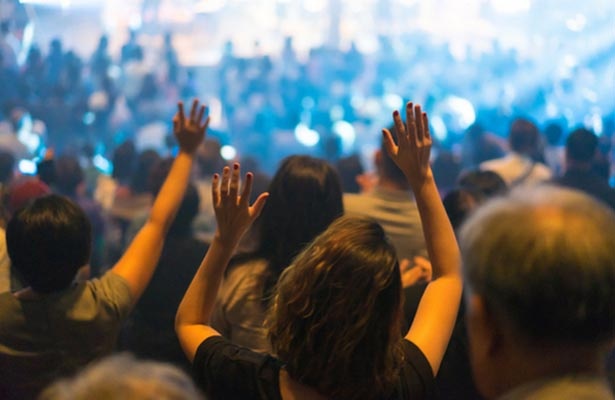 What does it mean to worship God? As modern Christians, we hear the word “worship” frequently. Your church calls Sunday morning a “worship service,” Christian radio refers to their music as “worship music,” and some people even refer to their time in nature as their personal worship.

The Bible mentions worship over 8,500 times, in many contexts. Clearly, it is an important topic. But amid all these modern practices, you may find yourself wondering: What does it really mean to worship as a Christian?

Translation and Definition of ‘Worship’

The English word “worship” is derived from the Old English word “weorþscipe,” which combines “worth” (weorþ) and “see” (scipe). From its origin then, the word worship literally meant “to see worth,” and now means “the condition of being worthy, dignity, glory, distinction, honor, renown.”

Why start with this historical definition? Because though we use the term frequently, we rarely pause to understand the word’s core meaning. When we worship God, we are seeing His worth and actively showing him glory, honor, and renown.

This understanding is helpful, but, as the Ancient Hebrew Research Center astutely points out, “when we read the Bible we must define our words from a Hebraic perspective and not from an English one.” Thus, we should also cover the Hebrew word that we translate as “worship,” which is שחה (Sh.Hh.H, Strong's #7812). This word is most commonly translated as “worship,” but has also been translated as “bow down,” such as in Genesis 27:29:

Let people serve thee, and nations bow down to thee...

Why the difference in translation? The author of the above-mentioned article explains:

The History of Christian Worship

It is no secret that worship styles have evolved over time - just ask your grandmother or visit a more traditional church and you’ll notice immediately. But the changes have not just been from hymns to Christian pop -  a quick look at church history will reveal that Christian worship through the ages is a constantly evolving practice.

Christian worship rapidly adapted during the first few centuries after Jesus’ death. What started as a mostly local and regional faith spread through the Roman Empire like wildfire, and the adoption of the New Testament as Christian scripture resulted in more uniform religious practices, according to the Oxford Research Encylopedia of Religion.

Early worship included baptism, observing the Lord’s Supper (now called the Eucharist in some denominations), and lots of fasting and prayer.

As Christianity rapidly spread, Christians were frequently and violently persecuted — that is, until Emperer Constantine declared Christianity the official religion of Rome. During Constantine’s reign, the Christian day of worship was officially declared as “Sun-Day,” rather than the Jewish Sabbath (Saturday). Though some historians say that Christians worshipped on Sundays prior to this declaration, the official change is significant because it signaled the shift to a more organized religion. And, thanks to Christianity’s new affiliation with Rome, the Roman Catholic Church would soon develop — an institution that lasts to this day.

Just like the early church, Roman Catholics historically (and to this day) practice worship rites that include baptism and the Eucharist. A typical Catholic mass retains many of the same practices that were present in early worship, including historical liturgy, special prayers, hymns, chants and more.

In 1517, Martin Luther published his “95 Theses” against the Catholic Church, effectively starting the Protestant Reformation. Among his grievances with the Roman Catholic Church, Luther denounced sacramental confession and indulgences. Though Lutherans today still follow many Catholic traditions, most modern Protestants have evolved since the Protestant Reformation to accept more and more diverse worship practices, shunning formal regalia and writing new worship music.

Today, most Protestant churches have worship services that consist of some combination of music, prayer, and teaching. The styles may vary, as some churches rely on historic hymns, while others have their own worship bands complete with drums or even special effects. Practices such as baptism and the Lord’s Supper are still observed, even if specific practices (such as full-immersion vs. sprinkling baptism) vary.

How to Worship God

Jesus told us that we must worship God “in spirit and in truth,” but what does this mean? While we’ve discussed the definition and history of worship, that knowledge is not as important as the practical application of expressing devotion to God.

While you may be expecting a concise step-by-step overview of praising God, worship is more personal than that. If worship means to show reverence and honor to God, then the ways to do so are as deeply personal as your relationship with him. Here are just a few ways many believers worship the God of the Bible:

Singing, playing music, and even dancing are mentioned throughout Scripture as forms of worship. In fact, the book of Psalms is full of both poems and songs used to worship God - many of them written by King David, who was known for singing praises to God very publically. Even if you’re not a musician yourself, joyfully singing to God is a great way to worship. This form of worship is also great for groups, and as Jesus said, “When two or more are gathered in my name, I am with them.”

Fasting is far less common today than it has been throughout most of church history. This is partially because the practice is not well understood. The most common form of fasting still practiced by Catholics and Lutherans is the observance of Lent, the period between Ash Wednesday and Easter. During this 40-day period, observers give something up to remind them of their devotion to God. Regardless of the way you fast, the reminder to focus on God is a clear form of worship.

Studying God’s Word with the aid of the Holy Spirit is a form of worship because it brings you closer to God and deepens your knowledge of Him. Whether you study Scripture on your own or in a group, understanding the teachings of Christianity will help you discern God’s will for your life, which is itself a profound form of worship.

Download: Christian Movies that Teach the Fruit of the Spirit

The Bible is full of instruction on how and why to worship God. While these verses barely scratch the surface on a deep and important topic, they are a great place to start in your biblical study of praise and worship.

Sing to the LORD, all the earth; proclaim his salvation day after day.

Declare his glory among the nations, his marvelous deeds among all peoples.

For great is the LORD and most worthy of praise; he is to be feared above all gods.

For all the gods of the nations are idols, but the LORD made the heavens.

Splendor and majesty are before him; strength and joy are in his dwelling place.

Ascribe to the LORD the glory due his name; bring an offering and come before him. Worship the LORD in the splendor of his holiness.

Tremble before him, all the earth! The world is firmly established; it cannot be moved.

Let the heavens rejoice, let the earth be glad; let them say among the nations, “The LORD reigns!”

“Woman,” Jesus replied, “believe me, a time is coming when you will worship the Father neither on this mountain nor in Jerusalem.

Yet a time is coming and has now come when the true worshipers will worship the Father in the Spirit and in truth, for they are the kind of worshipers the Father seeks.

God is spirit, and his worshipers must worship in the Spirit and in truth.”

Therefore, I urge you, brothers and sisters, in view of God’s mercy, to offer your bodies as a living sacrifice, holy and pleasing to God—this is your true and proper worship.

Do not conform to the pattern of this world, but be transformed by the renewing of your mind. Then you will be able to test and approve what God’s will is—his good, pleasing and perfect will.

Therefore, since we are receiving a kingdom that cannot be shaken, let us be thankful, and so worship God acceptably with reverence and awe, for our “God is a consuming fire.”

Shout for joy to the LORD, all the earth.

Worship the LORD with gladness; come before him with joyful songs.

Know that the LORD is God. It is he who made us, and we are his ; we are his people, the sheep of his pasture.

Enter his gates with thanksgiving and his courts with praise; give thanks to him and praise his name.

For the LORD is good and his love endures forever; his faithfulness continues through all generations. 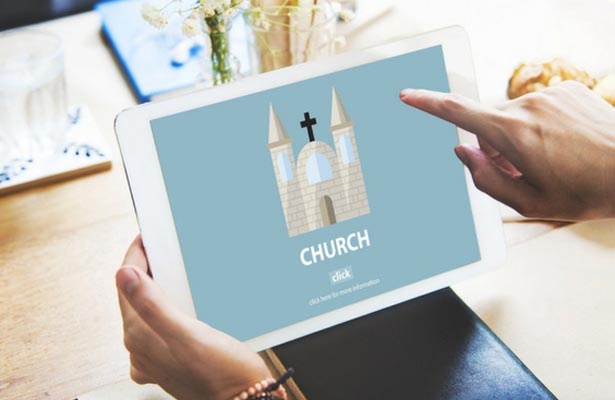 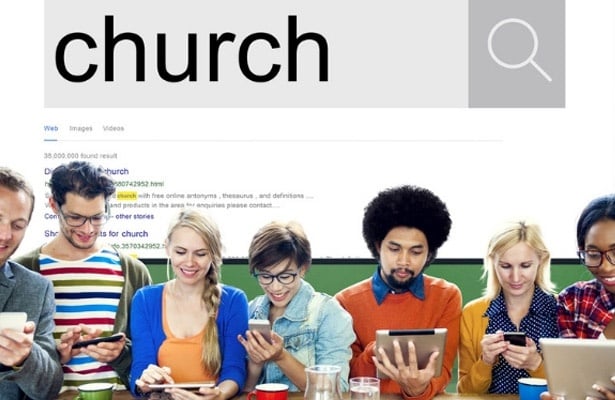 10 Best Sermons Online When You Can’t Get to Church