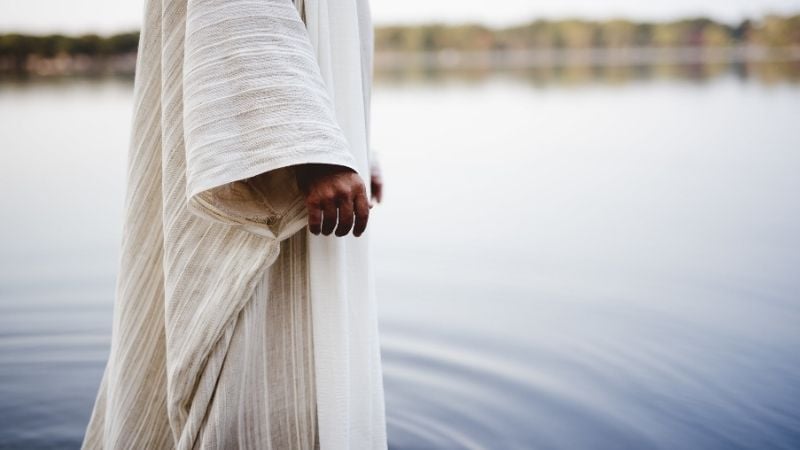 Miracle stories have long captivated the masses. Unexplained stories of healing and overcoming insurmountable odds give human beings hope amid difficulties. This is why Hollywood has often turned to miracle stories in movies and TV shows — themes that empower viewers and capture their attention.

In fact, some of these incredible stories are told in Pure Flix series and films like “Miracles Around Us,” “About Miracles: When the Logical Explanation Is God” and “The Week That Changed the World,” among others.

As you likely know, the Bible is also filled with incredible miracle stories. In fact, some of the most powerful portions of scripture focus on the miracles of Jesus — the steps Christ took to heal, feed the masses and perform other stunning works.

We’ll take a look at Jesus’ first miracle — turning water into wine — and other miracles of Jesus that have long captivated Bible readers and the faithful. Let’s take a deeper look an amazing list of Jesus’ miracles: 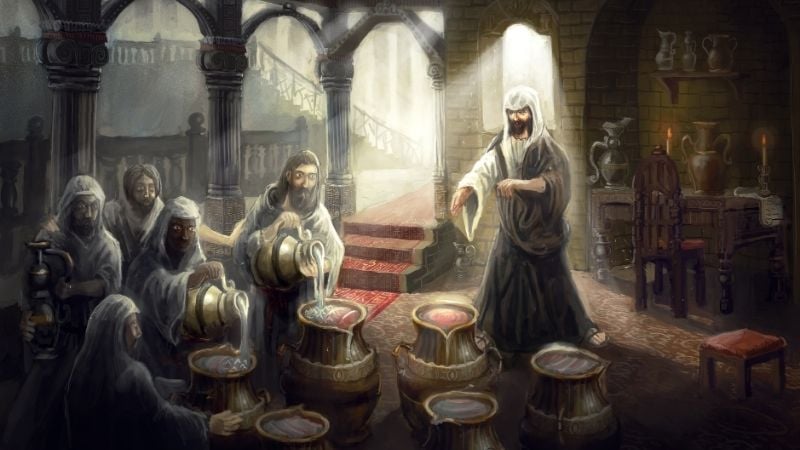 In John 2: 1-11, we see Christ perform his first miracle: urning water into wine at Cana in Galilee. Of the many miracles of Jesus, this one is perhaps most interesting, not only because it was Jesus’ first miracle, but because of the nature of it.

After the wine runs out, Mary, Jesus’ mom, informs him of the situation. At first, he seems reluctant, but then he tells servants to fill jugs with water. John 2:11 (NIV) tells us of the impact of Jesus’ first miracle:

“What Jesus did here in Cana of Galilee was the first of the signs through which he revealed his glory; and his disciples believed in him.”

Of the miracles of Jesus, this one teaches us a number of lessons. First and foremost: Jesus performed other important miracle acts outside of healing and raising people from the dead.

While wine running out might seem like a small deal, there’s nothing in our lives that is too small of a deal for Christ to care about. This act should encourage us as we encounter struggles and victories in our own lives — no matter how big or small.

Jesus Feeds The Masses: The Loaves and Fish

Among the list of miracles of Jesus, the wedding at Cana wasn’t the only time Jesus performed a miracle involving food or beverage. In Matthew 14:18-21, we see Jesus feeding 5,000 people.

The scriptures tell us that, after Jesus healed the sick, the day was turning to night and the disciples were worried about what the large group of people would eat; they had just five loaves of bread and two fish.

But Jesus wasn’t worried. He told them to bring him the food and then have the people sit on the grass. Here’s what happened next, as noted in Matthew 14:18-20 (NIV):

The miracles of Jesus recorded in the Bible also note that he fed 4,000 people on a separate occasion. These stunning acts in scripture prove one thing: Jesus cares about everything we require and face, including meeting our most basic needs.

In Mark 8:22-26 we observe another in the list of Jesus’ miracles: his healing of a blind man at Bethsaida. Unlike Jesus’ first miracle, this one involved fixing a person’s physical ailment. We are told that a group brought a blind man to Jesus and begged for him to be healed.

Christ took the man outside of the village, and that’s where one of the most amazing miracles of Jesus unfolded. Biblica recounts what happened in Mark 8:23-25 (NIV):

He took the blind man by the hand and led him outside the village. When he had spit on the man’s eyes and put his hands on him, Jesus asked, “Do you see anything?” He looked up and said, “I see people; they look like trees walking around.” Once more Jesus put his hands on the man’s eyes. Then his eyes were opened, his sight was restored, and he saw everything clearly.

This Jesus miracle shows us that he not only cares about our physical ailments, but that he can also heal them. While we can’t always know God’s will for our lives and struggles, reliance on him as we face pain and struggle is essential. This is one of the miracles of Jesus that shows how possible it is for him to heal us of our afflictions.

Jesus Brings Lazarus Back From the Dead 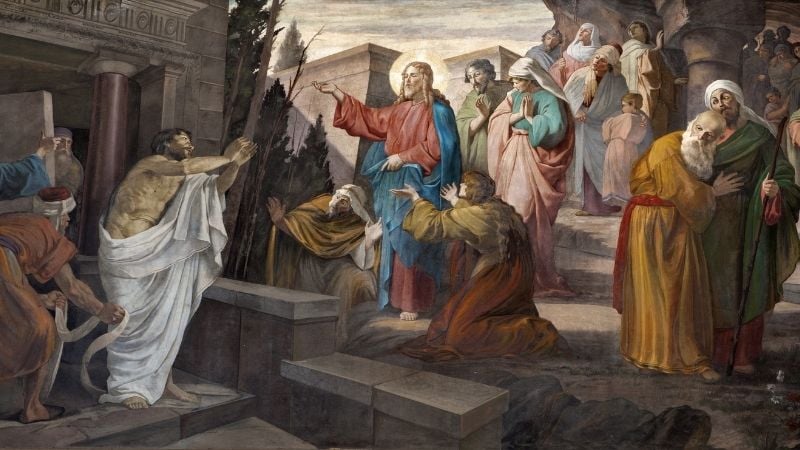 Among the most shocking Jesus miracles are the events recounted in John 11:38-44 when Jesus raises Lazarus from the dead. It’s clear from the scriptures that Jesus cares about Lazarus, and when he learns he is sick Christ proclaims that this illness “will not end in death.”

Jesus told the disciples, “Our friend Lazarus has fallen asleep; but I am going there to wake him up.” It’s what happens next that makes this one of the most powerful miracles of Jesus. When Christ arrives on the scene, Lazarus has already been dead and in his tomb for four days.

When Christ reached the tomb, he asked that the stone be moved. After speaking to God and asking for Lazarus to rise, Jesus said, “Lazarus, come out!” And here’s what unfolds in verse 44 (NIV):

The dead man came out, his hands and feet wrapped with strips of linen, and a cloth around his face.” When we look at a list of Jesus miracles, this one certainly stands out!

It’s a pretty stunning scene — and lesson for us all that, with Christ, anything is possible. Through prayer and reliance, there are no limits to what can happen. While we must pray for Jesus’ will, we know that he can make the impossible possible.

The biggest of jesus' miracles: His Death and Resurrection 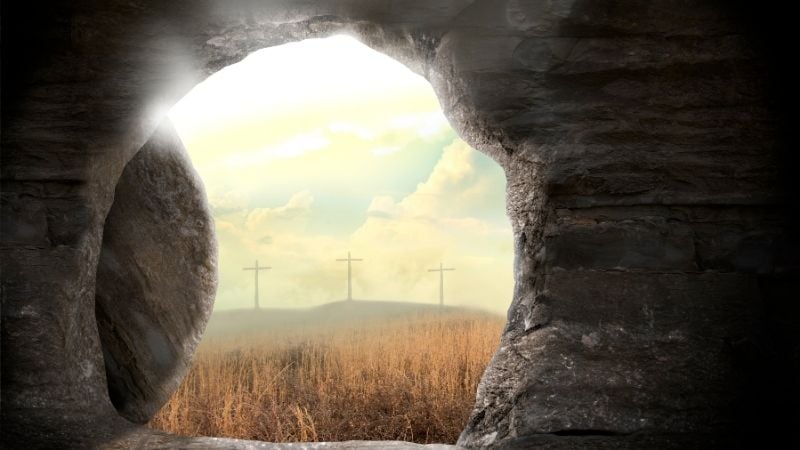 Without a doubt the most stunning miracle of Jesus is his resurrection — the most essential and important event in history. Jesus’ death is an event that gives humanity life, with his defeat of death and his resurrection definitively topping the list of Jesus’ miracles.

John 3 tells us that Christ is the key to salvation, with the message perfectly encapsulated in John 3:16 (NIV):

"For God so loved the world that he gave his one and only Son, that whoever believes in him shall not perish but have eternal life.”

You can watch a show on Pure Flix about the incredible miracles surrounding holy week here.

That wraps our list of Jesus miracles. For more on the miracles of Jesus, head over to the Bible and read the powerful words presented in the New Testament. From miracles to stories of transformational life change, the Bible is the most powerful book in human history.

Also, consider checking out Biblica today to read scripture daily, and tune in to Pure Flix for thousands of faith and family friendly movies, movies about Easter and Jesus' resurrection, TV shows and more — all accessible with your free trial.. 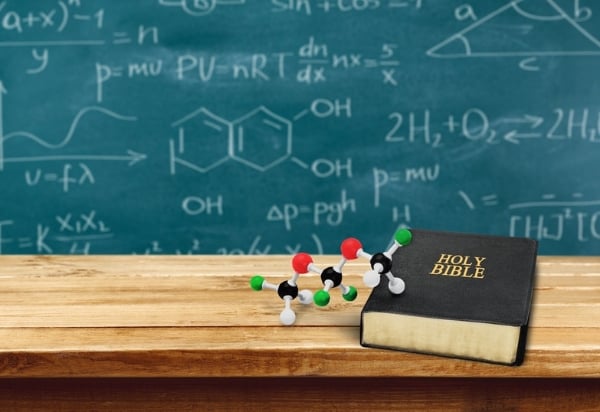 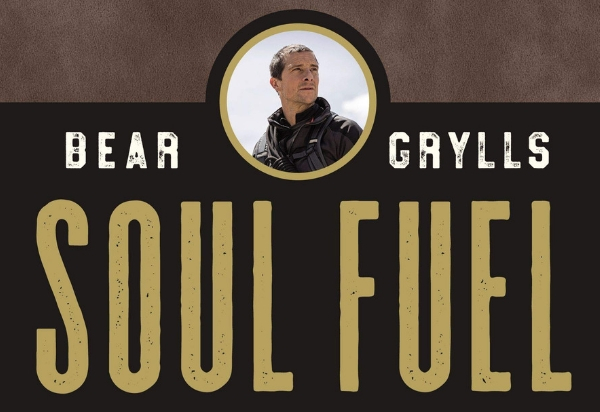