Christmas Angels: The Powerful Role of Angels in the Nativity Story 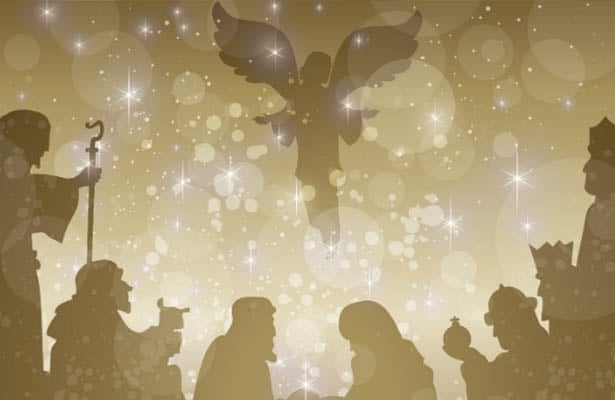 The Christmas story is one of the most well-known biblical accounts, with millions of people around the world celebrating the story of Jesus’ arrival to save humanity from sin. One of the most interesting elements is the role that angels in the Bible play in the nativity story.

These so-called “Christmas angels” carried the message of Jesus’ arrival. And while we aren’t always told the names of the angels in the Bible, their important role in the nativity story is essential to point out, explain and understand.

WATCH: Stream Some of the Best Christmas Movies on Pure Flix

So, let’s dive into the role “Christmas angels” play in scripture and why it matters:

One of the first places to look when it comes to Christmas angels is the story of Zechariah — something that isn’t always included in the nativity account. In many senses, it’s understandable why this story isn’t included, but it’s a good place to look when we consider the names of angels in the Bible and their identities.

In Luke 1, we learn that Zechariah and his wife Elizabeth are righteous, but are childless and old. Then, one day, as Zechariah is in the temple of the Lord burning incense, the Angel Gabriel appears with a message: Elizabeth would soon get pregnant and give birth to John the Baptist.

The Angel Gabriel had this to say when Zechariah wondered how his wife would become pregnant at such an elderly age: “I am Gabriel. I stand in the presence of God, and I have been sent to speak to you and to tell you this good news.”

And, of course, it came to fruition as the Angel Gabriel said it would. Considering John’s fulfillment of prophecy and his paving the way for Jesus, this is one of the “Christmas angel” stories worth telling.

Angels in the Bible: Mary and the Angel

The next place we see angels in the Bible surrounding the nativity story is when Mary and the angel have a fascinating encounter.

“In the sixth month of Elizabeth’s pregnancy, God sent the angel Gabriel to Nazareth, a town in Galilee, to a virgin pledged to be married to a man named Joseph, a descendant of David. The virgin’s name was Mary. The angel went to her and said, ‘Greetings, you who are highly favored! The Lord is with you.’”

But as Mary and the angel spoke, the Bible tells us that Mary was “greatly troubled” by the news he delivered. The Angel Gabriel told her, though, not to be afraid and that God was with her. In the end, Mary and the angel’s discussion ended with her proclaiming that she is “God’s servant.” 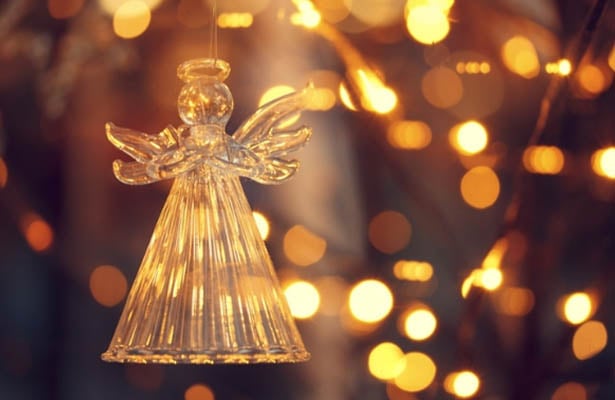 When it comes to angels in the Bible, this is one of the most powerful and transformative dialogues — one that can’t be overlooked as we explore the role of “Christmas angels” in the greatest story ever told.

Angels in the Bible: Joseph and the Angel

In addition to the account of Mary and the angel, we’re also told that another Christmas angel experience unfolded with Joseph, who eventually comes to accept Jesus as his son. In Matthew 1, we learn that an angel appeared to Joseph in a dream.

At the time, Joseph, who was pledged to wed Mary, learned about her pregnancy, and had decided to quietly divorce her. But the Christmas angel’s message changed everything. This is one of the times, too, when the names of angels in the Bible wasn’t recorded.

“An angel of the Lord appeared to him in a dream and said, ‘Joseph son of David, do not be afraid to take Mary home as your wife, because what is conceived in her is from the Holy Spirit. She will give birth to a son, and you are to give him the name Jesus, because he will save his people from their sins.’”

In the end, Joseph decided to listen to the angel and the rest is, well, history.

Christmas Angels: Announcing the News to the Shepherds

Luke 2 recounts Jesus’ birth and we once again see the presence of angels in the Bible. While the Angel Gabriel isn’t mentioned by name, we see “an angel of the Lord” appear to shepherds who are keeping watch over their flocks. And that angel has a message in Luke 2:10-12 (NIV):

“Do not be afraid. I bring you good news that will cause great joy for all the people. Today in the town of David a Savior has been born to you; he is the Messiah, the Lord. This will be a sign to you: You will find a baby wrapped in cloths and lying in a manger.”

But here’s where things get really interesting: an entire host of “Christmas angels” emerges alongside the first angel and they begin praising God over Christ’s birth. Names of the angels in the Bible story aren’t given, but the power and purpose of their presence is clear.

After the angels praised God, they left the shepherds and went back to heaven, and the shepherds then went to Bethlehem and found Mary, Joseph and the baby Jesus.

The Christmas angels’ involvement in the nativity story doesn’t end there, as we learn in Matthew 2:13 that an angel later appeared to Joseph after Jesus’ birth and warned him to take Jesus and Mary to Egypt and to stay there, because Herod wanted to kill Christ.

Joseph listened and the family stayed in Egypt until after Herod’s death. Again, one of the angels in the Bible is said to have come to Joseph in a dream and told him to return to Israel, saying, “Those who were trying to take the child’s life are dead.” 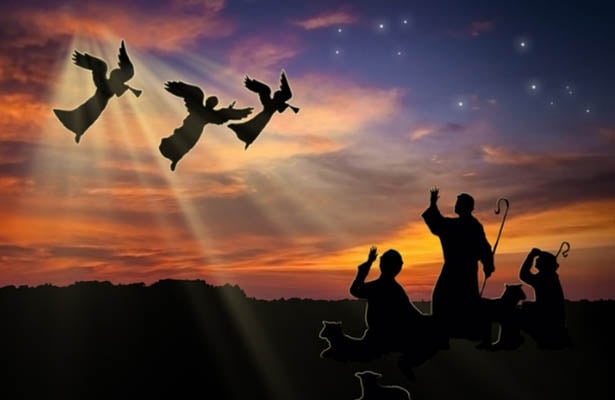 It’s important to note that Joseph’s decision to listen to angels in the Bible shows how prophecies were able to come to fruition. From the birth of Christ to details surrounding his childhood, these prophetic fulfillments are stunning.

READ ALSO: 8 Ways to Keep the True Meaning of Christmas in Mind

As we look at angels in the Bible and, in particular, the Christmas angels, there is so much to consider. The Angel Gabriel’s powerful role is noteworthy, as is Mary and the angel’s interactions and Joseph’s decision to abide by the claims made by angels in the Bible.

Looking for more about the birth of Christ? You can stream powerful movies and series on Pure Flix like “Nativity: Art And Spirit Of The Creche,” and “The Nativity." You can also stream a plethora of other Christmas movies today, including romantic comedies and plenty more! 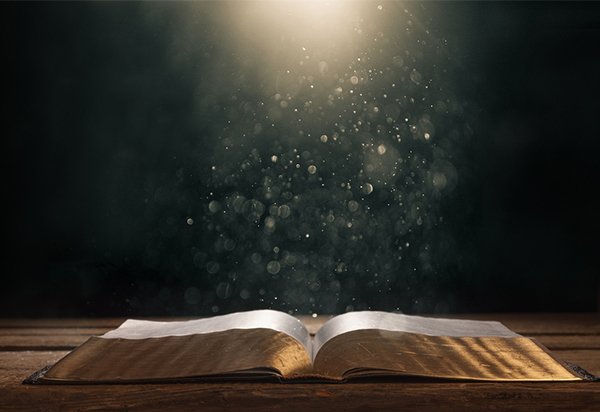 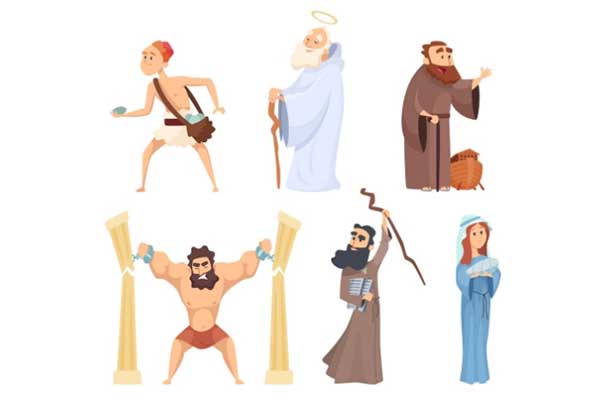 Take the Quiz: Which Biblical Character Are You Most Like?