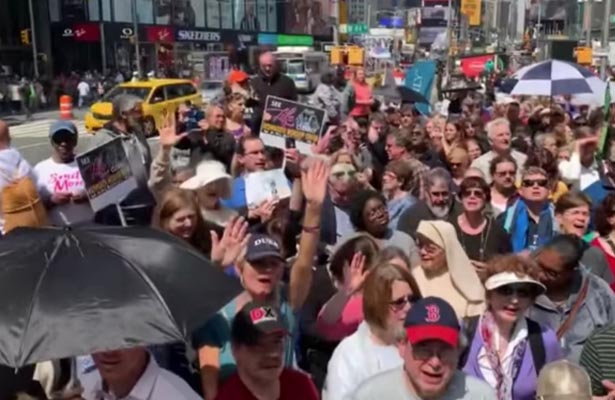 We already showed you the stunning clip of thousands of Christians singing “How Great Is Our God” while assembled in New York City’s Times Square — but now there’s another video showing the crowd singing a powerful rendition of the popular hymn “Amazing Grace.”

As previously reported, Focus on the Family, a Christian organization, drew thousands of Christians and pro-life Americans to the center of Time Square on Saturday for “Alive From New York,” a 90-minute event that defended the lives of unborn babies.

Watch the massive crowd belt out the song in the middle of one of the world’s busiest streets:

Focus on the Family put together “Alive From New York” during a time when the abortion debate has hit a fever pitch.

Consider streaming one of PureFlix.com’s pro-life movies today if you’re interested in learning more about the pro-life movement and the value of life.