5 Famous Fathers In The Bible Who Inspire Us 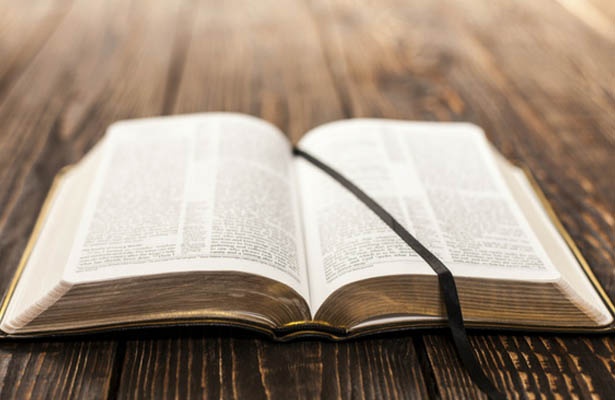 With Father’s Day right around the corner, it’s important to explore central father figures throughout the Bible who inspire us with timeless lessons about how to behave — and not behave. Their thoughts, actions and reliance upon the Lord set a powerful standard for men to look to as they embark on the journey of raising children. From Adam, humanity’s first man, to Joseph, Jesus’ father, these men’s lives are worthy of exploration.

It would be impossible to discuss fatherhood without mentioning Adam, the first father ever to roam the Earth. While we don’t have extensive details about Adam’s fatherhood style, we learn in Genesis 1:27 that God created Adam and his wife, Eve, “in His own image” and that the couple went on to become parents.

The Bible records that Adam and Eve had sons named Cain, Abel and Seth, as well as other sons and daughters. Perhaps the best lesson people can take away from Adam’s story involves the consequences that can come when we make wrong decisions. 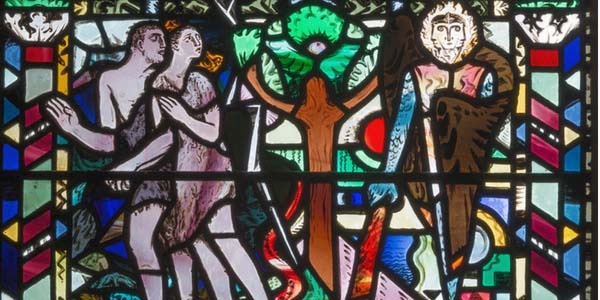 As Genesis records, Adam and Eve were told by God not to eat from the Tree of the Knowledge of Good and Evil, but they chose not to listen and ate the forbidden fruit anyway.

Genesis 3:23-24 (NIV) tells us what happened next: “So the Lord God banished him from the Garden of Eden to work the ground from which he had been taken. After he drove the man out, he placed on the east side of the Garden of Eden cherubim and a flaming sword flashing back and forth to guard the way to the tree of life.”

Consequently, Adam and Eve were barred from the paradise that was the Garden of Eden. In the end, Adam’s story shows not only that there are consequences to our actions, but that fathers must also sometimes punish their children to teach important lessons.

Noah: The Builder of the Ark

The story of Noah building his ark has captivated Bible readers throughout the ages. With Genesis telling us that God was set to destroy the Earth due to humanity’s overwhelming evil, Noah was tasked with building a large vessel to carry him, his family, food and “two of all living creatures, male and female.”

God asked and Noah answered, complying with these requests and showing some of his positive attributes. Noah is described in Genesis 6 as “a righteous man, blameless among the people of his time” and a man who “walked faithfully with God,” so it’s understandable why God chose him to save and repopulate the world.

With all of this in mind, Noah is a model of obedience, as he followed God’s commands in an effort to save his family — and humanity. He’s an example to fathers, in particular, as he models how to unabashedly serve God, even in the face of seemingly insurmountable tasks.

As fathers look to set a model for their family surrounding how to listen to and worship God, Noah provides a wonderful resource. He shows that anything is possible with God.

Joseph: The Father of Jesus

There are few fatherhood stories in the Bible as inspirational and phenomenal as the gospel account of Joseph accepting Jesus as his son. Consider these biblical facts: Mary, Jesus’ mother, was pledged to be married to Joseph when Joseph found out that she was pregnant. 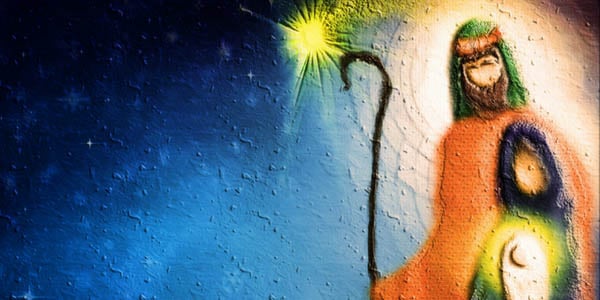 After finding out about the shocking pregnancy — a child that couldn’t possibly be his — Joseph considered divorcing Mary quietly. Then, an angel appeared with a message that changed everything. Matthew 1:19-21 (NIV) explains:

“Because Joseph [Mary’s] husband was faithful to the law, and yet did not want to expose her to public disgrace, he had in mind to divorce her quietly. But after he had considered this, an angel of the Lord appeared to him in a dream and said, ‘Joseph son of David, do not be afraid to take Mary home as your wife, because what is conceived in her is from the Holy Spirit. She will give birth to a son, and you are to give him the name Jesus, because he will save his people from their sins.’”

Joseph didn’t fight back, he didn’t ignore God’s commands; he took Mary home to be his wife and became Jesus’ earthly father. Like Noah, Joseph’s acceptance of God’s will (in this case the virgin birth) and his decision to protect and raise Jesus shows devotion and a model of the importance of relying on God’s will."

Moses: Father of the Hebrew People

Moses is one of the Old Testament's most well-known names; he’s also one of the most famous fathers in the Bible who inspire us.

He was essentially the earthly “father” of the Hebrew people, guiding them out of Egyptian slavery and setting them on the path to the Promised Land. 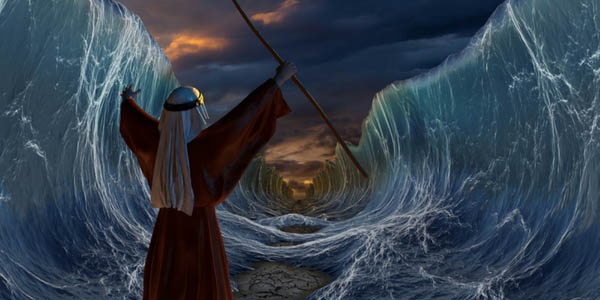 After God penned the Ten Commandments, Moses brought the collection of rules and regulations to his people. Thousands of years later, those commandments continue to provide moral guidance to people across the globe.

Exodus 14 shows how Moses defended and encouraged his people as the Egyptians came after them:

As Pharaoh approached, the Israelites looked up, and there were the Egyptians, marching after them. They were terrified and cried out to the Lord. They said to Moses, “Was it because there were no graves in Egypt that you brought us to the desert to die? What have you done to us by bringing us out of Egypt? Didn’t we say to you in Egypt, ‘Leave us alone; let us serve the Egyptians’? It would have been better for us to serve the Egyptians than to die in the desert!” Moses answered the people, “Do not be afraid. Stand firm and you will see the deliverance the Lord will bring you today. The Egyptians you see today you will never see again. The Lord will fight for you; you need only to be still.”

While Moses wasn’t perfect — let’s not forget his refusal to abide by God’s command when it came to the water and the rock and his subsequent inability to enter the Promised Land — he clearly cared for his people as any good “father” would.

Last but not least is God the father, who offers up the most powerful example of what it means to be a dad. God’s love for humanity is shown throughout for the Bible, but is perhaps most evident in His decision to send Jesus Christ to die for the sins of mankind.

This selfless act was done out of pure love for His creation. It is also in line with God’s marvelous characteristics, which the Bible teaches about.

1 John 1:5 tells us that “God is light” and that “in him there is no darkness at all” — and James 1:7 tells us that God “does not change.” There are scores of other references that give humanity a lens into the character of God, proclaiming that he is “full of compassion (Psalm 116:5), “a God of justice (Psalm 50:6) and that “he shields all who take refuge in him” (Psalm 18:30).

God’s undying and selfless love for His creation — and his willingness to do anything to save, help and sustain that creation — provides an example to fathers on how to love and care for their families. He truly is a good, good father.

These are just five of the Bible’s father figures. Their stories are worth exploring, especially as men seek examples for how to live and how to raise their families.

Looking for more inspiration? You can also watch thousands of family friendly and Christian movies and TV shows on PureFlix.com for free with your one-month trial. 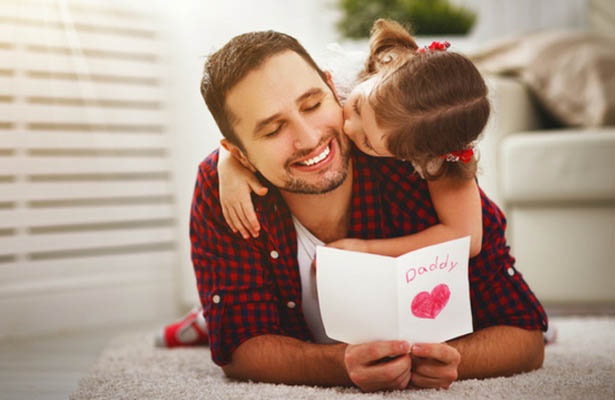 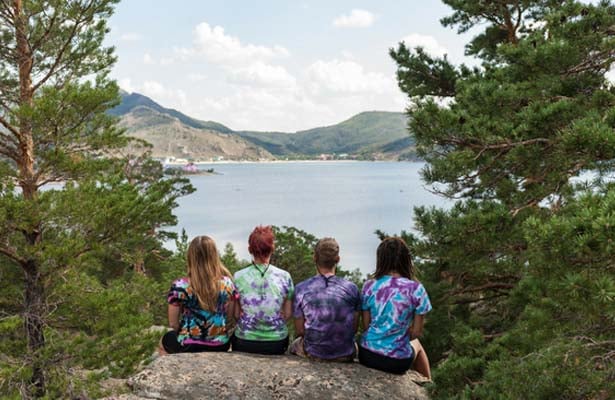