5 Christmas Bible Verses and Stories to Reflect on This Season 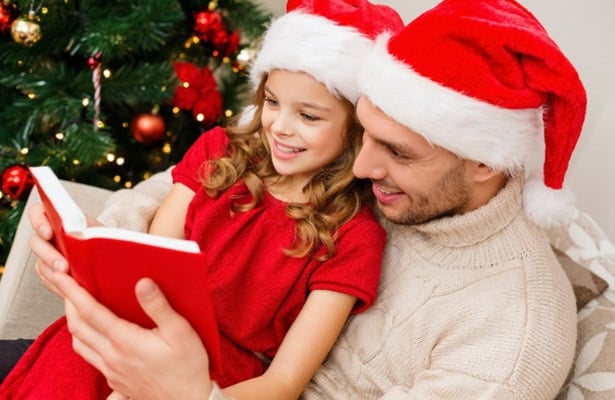 The Christmas season is a busy one filled with a slew of activities — baking, shopping, planning, traveling and gathering. Unfortunately, it’s easy to forget the real meaning of the season amid all the hustle and bustle. It’s essential to remember what Christmas is all about: The birth of Christ the Savior who came to Earth to save mankind.

The Bible is filled with wonderful verses that tell us the story of Jesus’ birth. These Christmas scriptures help us focus on the real meaning of the season. Here are five verses and sections of the Bible that will help you reflect on Jesus’ birth:

“Therefore the Lord himself will give you a sign: The virgin will conceive and give birth to a son, and will call him Immanuel.” - Isaiah 7:14 (NIV)

The Book of Isaiah, which was written hundreds of years before Christ’s birth, is widely seen as a prophetic text. Predictions surrounding Jesus’ birth and life appear throughout the Old Testament, with this verse often receiving increased attention during the Christmas season.

Mary Receives a Word from Gabriel

“In the sixth month of Elizabeth’s pregnancy, God sent the angel Gabriel to Nazareth, a town in Galilee, to a virgin pledged to be married to a man named Joseph, a descendant of David. The virgin’s name was Mary. The angel went to her and said, ‘Greetings, you who are highly favored! The Lord is with you.’ Mary was greatly troubled at his words and wondered what kind of greeting this might be. But the angel said to her, ‘Do not be afraid, Mary; you have found favor with God. You will conceive and give birth to a son, and you are to call him Jesus. He will be great and will be called the Son of the Most High. The Lord God will give him the throne of his father David, and he will reign over Jacob’s descendants forever; his kingdom will never end.’” - Luke 1:26-33 (NIV)

Those familiar with the Christmas story will read these verses and remember how Mary, Jesus’ mother, was informed of her surprise pregnancy — a pregnancy that changed the course of human history. Mary’s humanity is seen in these verses, as she is initially troubled by the angel’s appearance. But she comes to quickly embrace God’s calling on her life.

A Child of the Holy Spirit

“‘Joseph son of David, do not be afraid to take Mary home as your wife, because what is conceived in her is from the Holy Spirit. She will give birth to a son, and you are to give Him the name Jesus, because He will save His people from their sins.’ All this took place to fulfill what the Lord had said through the prophet: ‘The virgin will conceive and give birth to a son, and they will call Him Immanuel’ (which means ‘God with us’).” - Matthew: 1:20-23 (NIV)

Joseph, too, received an important message — one that was both shocking and unexpected. This passage highlights the miracle of Jesus’ birth. Even though Joseph had not broken any laws, he considered divorcing Mary because he didn’t understand how his virgin wife could be pregnant.

However, he, like Mary, made the decision to listen to the angel and to embrace God’s plans. This section of scripture is particularly important, as it references Isaiah 7:14, and proclaims that the events described in Matthew are a fulfillment of that prophecy. 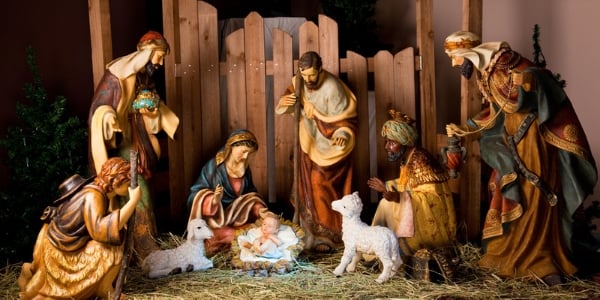 A Trustworthy Savior Will Be Born

“For to us a child is born, to us a son is given, and the government will be on his shoulders. And he will be called Wonderful Counselor, Mighty God, Everlasting Father, Prince of Peace. Of the greatness of his government and peace there will be no end. He will reign on David’s throne and over his kingdom, establishing and upholding it with justice and righteousness from that time on and forever. The zeal of the LORD Almighty will accomplish this.” - Isaiah 9:6-7 (NIV)

Jesus — the child who was given to us at Christmas — has the weight of the world on his shoulders, yet he is strong enough to bear it all. Isaiah’s prophecy tells us that Jesus’ reign will be never-ending. Christ has all wisdom to guide our paths and the strength to carry all of our burdens. He is the Everlasting Father, loving us as his children eternally.

“And there were shepherds living out in the fields nearby, keeping watch over their flocks at night. An angel of the Lord appeared to them, and the glory of the Lord shone around them, and they were terrified. But the angel said to them, ‘Do not be afraid. I bring you good news that will cause great joy for all the people. Today in the town of David a Savior has been born to you; He is the Messiah, the Lord.’” - Luke 2:8-11 (NIV)

This section of scripture shows us how an angel once again encouraged those involved in the Christmas story not to have fear. These Christmas Bible verses also remind us of the joy that can be found in the birth of Jesus. Some might question why shepherds were chosen as the first on Earth to hear the glorious news of the birth of the Savior of the world.

Many interpret this exchange as a humble order that illustrates how the future of Christianity would be exemplified. It’s not kings or wealthy individuals who hear of Christ’s birth; instead, it’s shepherds who were merely watching their flocks. There is an aura of humility surrounding these verses.

In this passage, not only do we remember the miraculous birth of the Lord on Christmas, but also how He never wavered in His righteousness and love for all of His children. And be sure to stream all the Christmas movies available on Pure Flix right – dozens of movies and shows to keep you grounded and inspired this Christmas season. 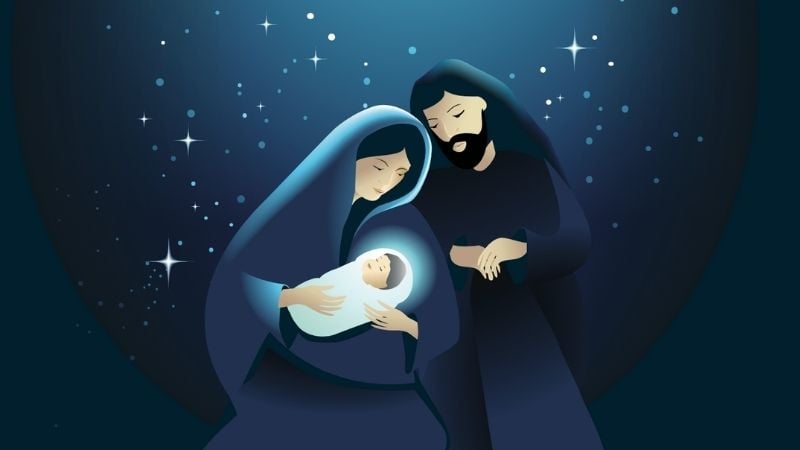 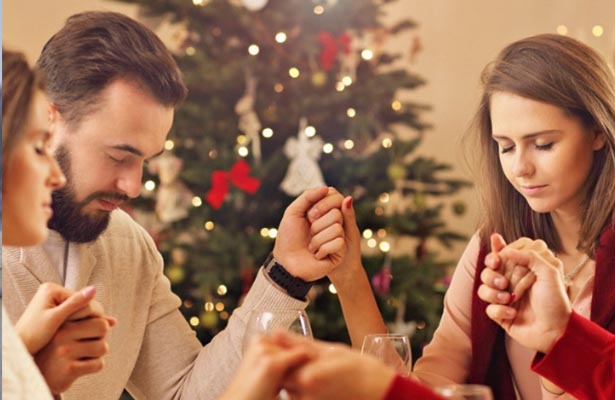