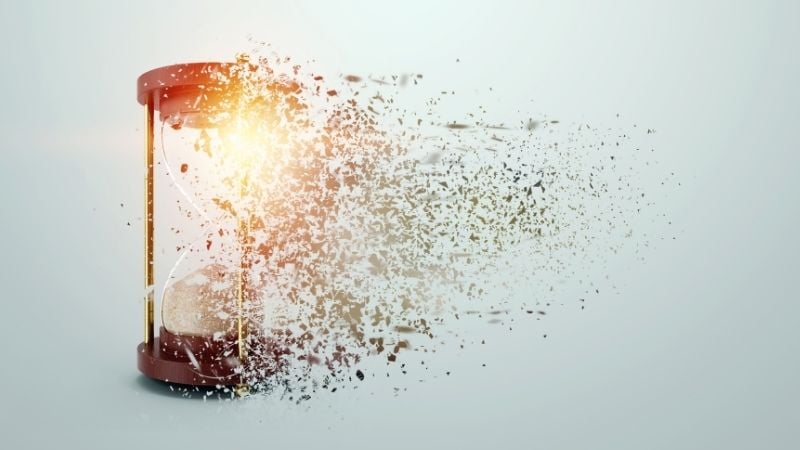 What is the rapture? That's a question many Christians today might have. In this article, we'll explore the biblical concept and how it pertains to biblical truth.

READ ALSO: DOWNLOAD OUR FREE END-TIMES GUIDE TO EXPLORE THE RAPTURE AND MORE

Let's start with a key question: what is the rapture?

What is the Rapture?

As Pure Flix explains in our comprehensive end-times guide, the rapture is a prophetic event that is perhaps most widely known as the belief among many Christians that God will supernaturally rescue believers before the tribulation period, a time of chaos and destruction that unfolds as the end times kicks into high gear.

This idea of a so-called “pre-tribulation rapture” (a rapture before the tribulation period) is a widely accepted belief in many evangelical circles — but not everyone agrees that it’s the best biblical explanation of what's unfolding in scripture.

Some theologians and pastors flatly reject the idea that Jesus will usher believers off of the Earth before the tribulation period. So, let's explore other theories.

What are the other rapture theories?

As stated, the most prevalent view is the pre-tribulation rapture theory, which contends that the mass exodus of Christians will take place right before the tribulation period, which is believed to be the Earth’s final seven years before Christ’s earthly reign.

Next, there’s the post-tribulation rapture theory, which holds that Christians will remain on Earth through the tribulation period but will be protected or shielded from God’s wrath as chaos unfolds around them. GotQuestions has more:

Posttribulationists also point out that, historically, God’s people have experienced times of intense persecution and trial. Therefore, they say, it should not be surprising that the church also experiences the Great Tribulation of the end times. In relation to this, the posttribulational view distinguishes “Satan’s wrath” (or “man’s wrath”) from “God’s wrath" in the book of Revelation. Satan’s wrath is directed against the saints, and God allows it as a means of purifying His faithful. On the other hand, God’s wrath is poured out on the Antichrist and his godless kingdom, and God will protect His people from that punishment.

Under a post-tribulation model, the rapture and Christ’s return are essentially the same event. The theories don’t end there, though. There are also some who adopt a middle-range approach known as the mid-tribulation rapture theory, which holds that Christians will be taken up in the rapture in the middle of the seven-year tribulation period.

Then there’s a similar pre-wrath theory, which says that the rapture happens prior to the great wrath mentioned in Revelation 6:17. Under this construct, Christians would experience the majority of the tribulation but would be taken up before God’s final judgment unfolds.

Finally, there’s the partial rapture theory that says only some believers will be raptured.

When will The rapture happen?

Some might wonder when the rapture might unfold. The simple answer? No one knows. Whether it's the rapture or the Second Coming, the Bible explains that no one but God knows when the end of days will unfold.

While there are some signs of the end, it's unbiblical to predict dates and times (known as "date-setting" in some circles). Matthew 24 is one Bible chapter that is often discussed when it comes to discerning signs of the end times (read it in its entirety on Biblica).

"For many will come in my name, claiming, ‘I am the Messiah,’ and will deceive many. You will hear of wars and rumors of wars, but see to it that you are not alarmed. Such things must happen, but the end is still to come. Nation will rise against nation, and kingdom against kingdom. There will be famines and earthquakes in various places. All these are the beginning of birth pains.

“Then you will be handed over to be persecuted and put to death, and you will be hated by all nations because of me. At that time many will turn away from the faith and will betray and hate each other, and many false prophets will appear and deceive many people. Because of the increase of wickedness, the love of most will grow cold, but the one who stands firm to the end will be saved. And this gospel of the kingdom will be preached in the whole world as a testimony to all nations, and then the end will come."

Read more about the signs of the end here.

What is the Second Coming of Christ?

Regardless of where Christians stand on the rapture, the vast majority believe in a still-unfulfilled event known as the Second Coming — a time when Christ is expected to return to battle the Antichrist and establish His kingdom.

READ THE BOOK OF REVELATION ON BIBLICA

Again, no matter what people believe about the rapture, the Book of Revelation makes it clear that Jesus will return for a second time. Revelation 1:7 (NIV) reads: “Look, he is coming with the clouds, and every eye will see him, even those who pierced him; and all peoples on earth will mourn because of him. So shall it be! Amen."

And while Revelation is the main book that discusses Jesus' return, the Second Coming is referenced at other places in the Bible. Matthew 24:44 (NIV) reads, "So you also must be ready, because the Son of Man will come at an hour when you do not expect him." There are numerous additional scriptures on this topic as well. Here are just a few:

"For as lightning that comes from the east is visible even in the west, so will be the coming of the Son of Man." - Matthew 24:27 (NIV)

"They were looking intently up into the sky as he was going, when suddenly two men dressed in white stood beside them. 'Men of Galilee,' they said, 'why do you stand here looking into the sky? This same Jesus, who has been taken from you into heaven, will come back in the same way you have seen him go into heaven.'" - Acts 1:10-11 (NIV)

"After that, we who are still alive and are left will be caught up together with them in the clouds to meet the Lord in the air. And so we will be with the Lord forever." - 1 Thessalonians 4:17 (NIV)

Now that we've covered questions like "What is the rapture?" and "What is the Second Coming of Christ?" let's explore some of the end-times movies you can stream on Pure Flix: 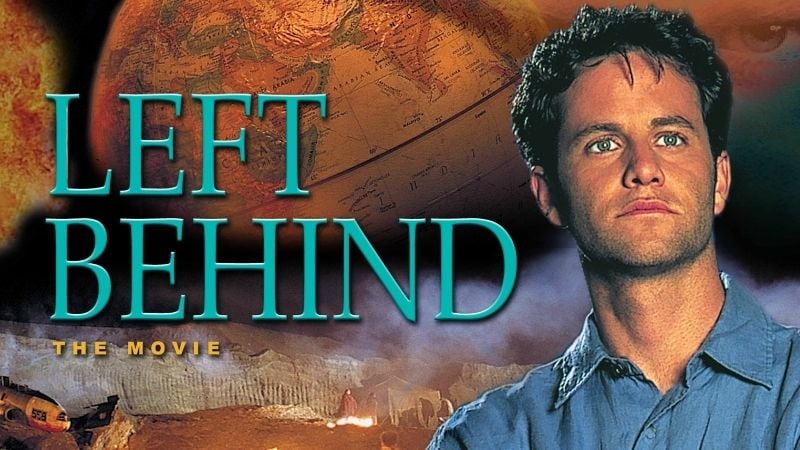 This is the first of the "Left Behind" films. Here's the synopsis: After learning that millions have completely vanished, an airline pilot, his daughter, and others work together to unravel the mystery of those left behind. 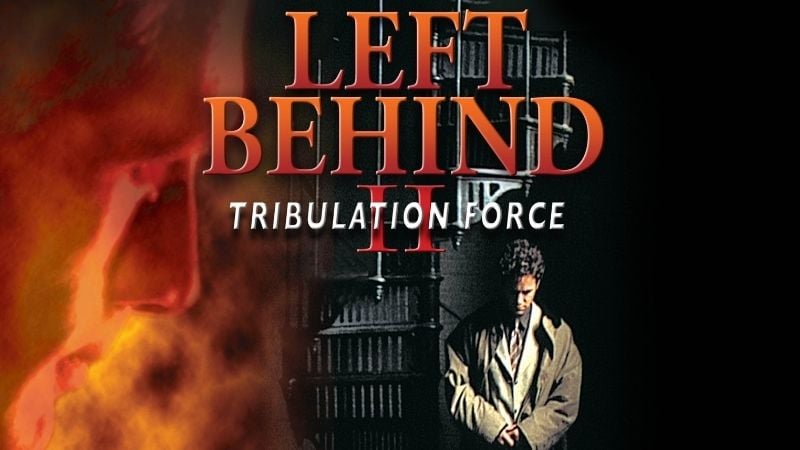 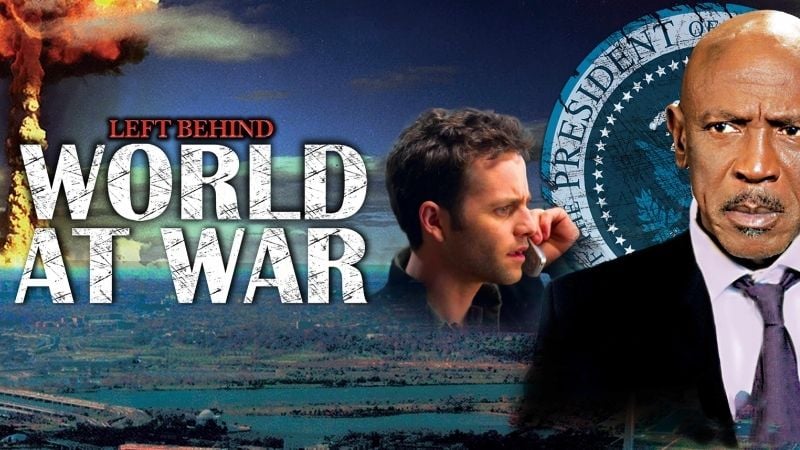 And the last in the original "Left Behind" film series is "Left Behind 3: World at War." In this final film in the trilogy, the U.S. president asks a journalist and his band of rebels to thwart a world leader's deadly plans. See what happens by watching the movie right now on Pure Flix!

In this "24"-like story of terror and the fight for peace, agent Shane Daughtry teams up with a CIA agent to stop an apocalyptic plot that will detonate nuclear bombs on American soil. Based on the best-selling novel by John Hagee.

Want to learn more about the end times? You're in luck. You can download our FREE end times guide today for more on the rapture, tribulation and other eschatological concepts! 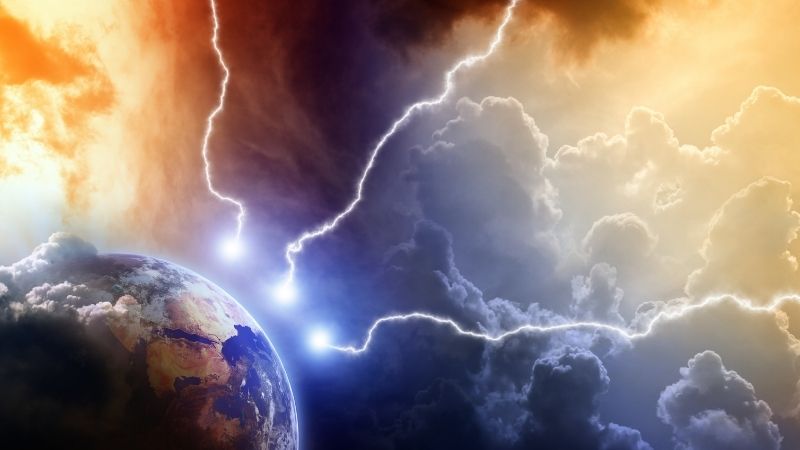 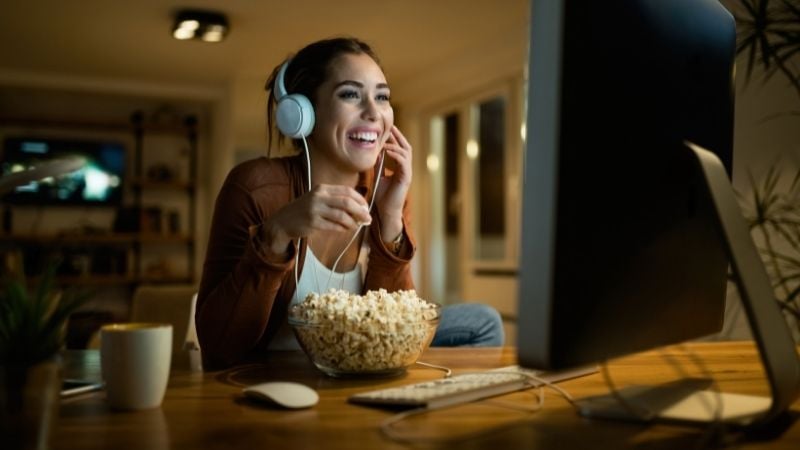 What To Watch On Pure Flix: November 2021