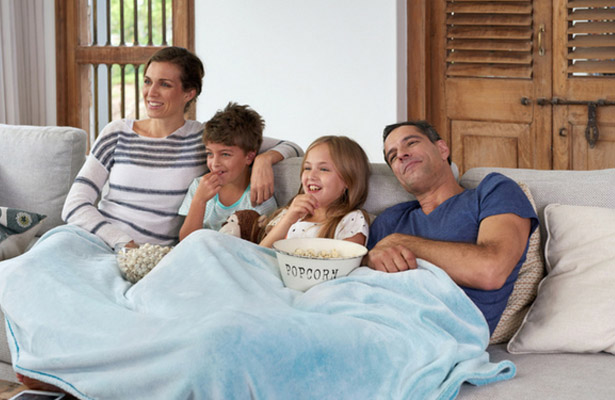 Well-known Christians often have stories of overcoming the odds and exhibiting perseverance, with some putting their focus on inspiring and uplifting the masses through rhetorical means. From touching personal stories to powerful acts that have transformed the faithful, the Christian documentaries in this list offer plenty of lessons for us all.

Our list has stories of well-known Christians throughout history and today — people who have made a transformational impact for Jesus. Others deal with important topics worth exploring.

Christian Documentaries You Must See

Very famous rockers who love Jesus share their life of faith and inspiration. How they persevered and the strength they have through their faith.

A pair of intrepid missionaries witness immense suffering and miracles amidst the rubble when they go to Haiti after a devastating earthquake. Port-Au-Prince roars in chaos as looters take everything they can and the police take lives all around them.

As the world tries desperately to get food and care to everyone who needs it, prayer unites the citizens as the Haitians turn to Jesus.

Read Also: Here's 10 Christian Movies That Will Renew Your Faith

Apostle Peter and the Last Supper

Simon Peter is one of the most transformative figures in the Christian faith. His life and legacy teach us important lessons about faith, doubt, forgiveness and plenty more. As one of Christ’s first followers, Peter had ups and downs — but those experiences, as told through the New Testament, create an important connection to us all.

Peter made mistakes — like denying Christ three times — but his devotion to the faith was lived out, with Jesus placing him at the center of the growing and robust church. Peter’s legacy lives on 2,000 years later. While “Apostle Peter and the Last Supper” isn’t a documentary per se, it tells a powerful story worth exploring.

Watch “Apostle Peter And the Last Supper" with a free trial to Pure Flix here.

Tim Tebow: On a Mission 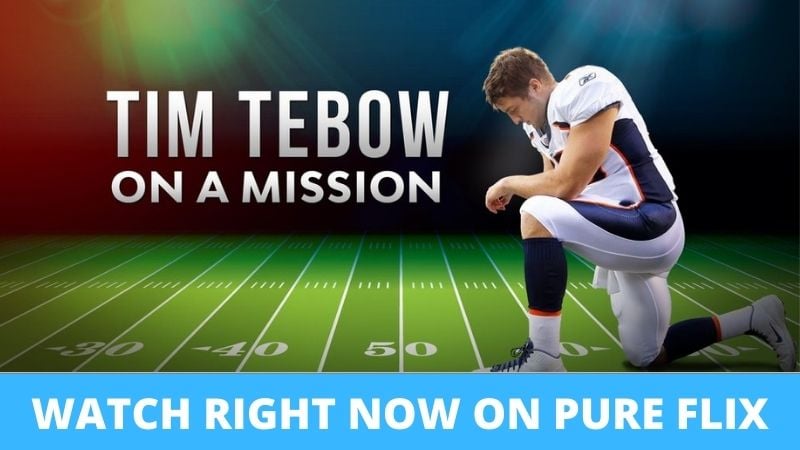 Tim Tebow is known as a Heisman winner, college football champion, former NFL player, and baseball player. But perhaps the attribute that has most differentiated him is his Christian faith. From donning Bible verses on his face during games to kneeling and praying on the field, Tebow quickly became a mainstay in evangelical circles.

Tebow’s faith is the underpinning of everything he does, offering an excellent example of humility, reliance upon the Almighty during tough times, and so much more. 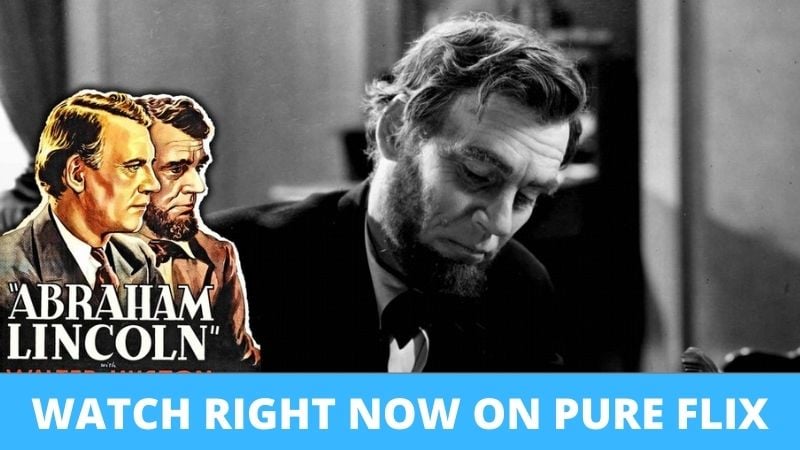 Abraham Lincoln was one of America’s most essential presidents. He rose to power during a time in which the very idea of America was under assault. With the north and south incredibly divided over slavery, Lincoln stood by what was right and fought hard to win, unify the country — and free the slaves.

Lincoln’s tragic assassination is a sad concluding chapter in the life of a truly fascinating man — someone who can teach us all a lesson about forging on in the midst of trials. 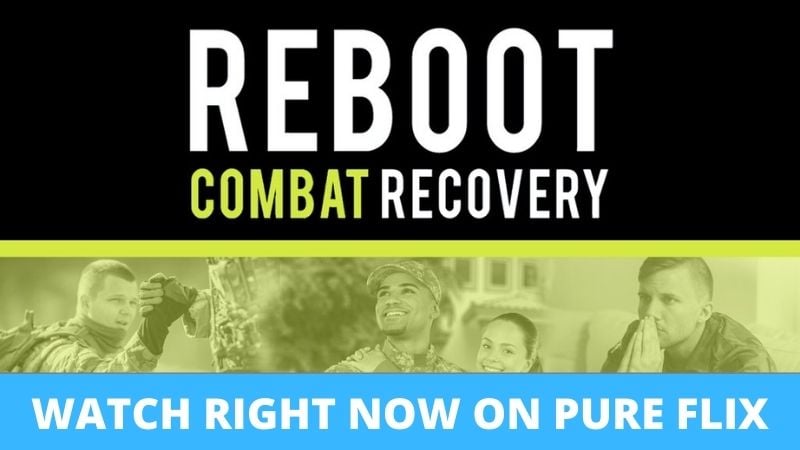 A Question of Origins: Creation or Evolution

Exposing blind speculation and evolutionary bias in cosmology, chemistry and biology, “A Question of Origins” provides overwhelming evidence in favor of Creationism.

Stream "A Question of Origins" by becoming a Pure Flix member today.

The Cross with Zamperini 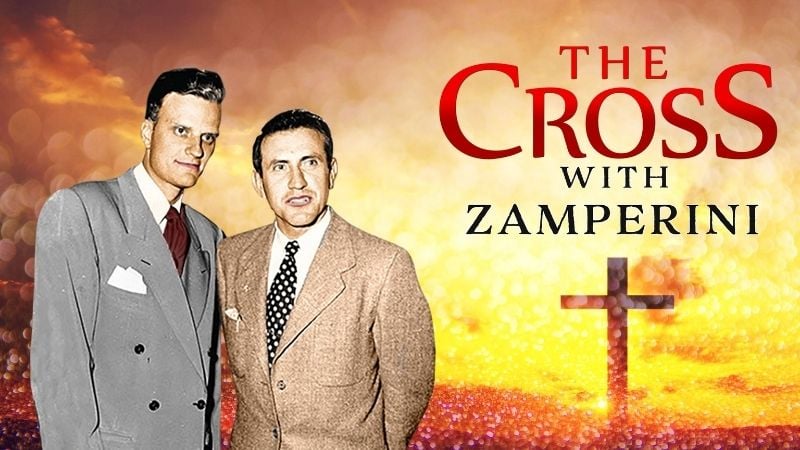 The true story of an Olympic star and hero Louis Zamperini who found a miracle in God.

Stream "The Cross with Zamperini" by becoming a Pure Flix member today. "Unbroken: Path to Redemption," a feature film about Zamperini's struggle with PTSD and alcoholism, is also available on Pure Flix right now.

Scalia: Portrait of a Man and Jurist 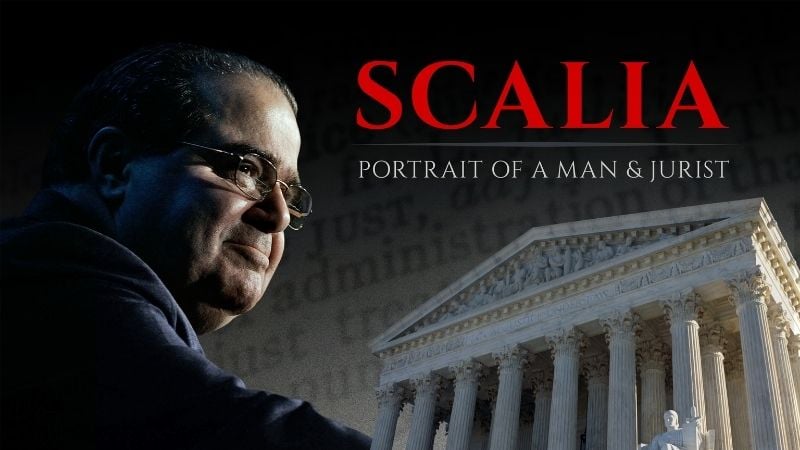 "Scalia: Portrait of a Man and Jurist" is a feature documentary examining the judicial life, influence and legacy of the controversial and influential Supreme Court Justice Antonino Scalia

Stream "Scalia: Portrait of a Man and Jurist" by becoming a Pure Flix member today. 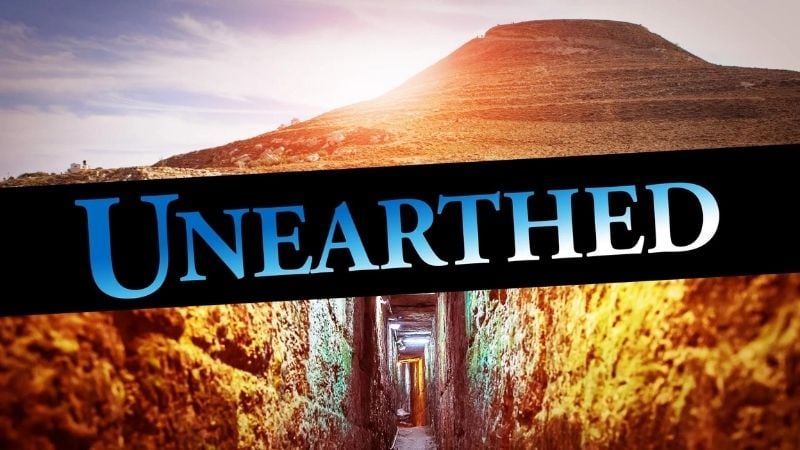 Digging deep in the Holy Land for answers to some tough Biblical questions.

The Search For The Real Mt. Sinai 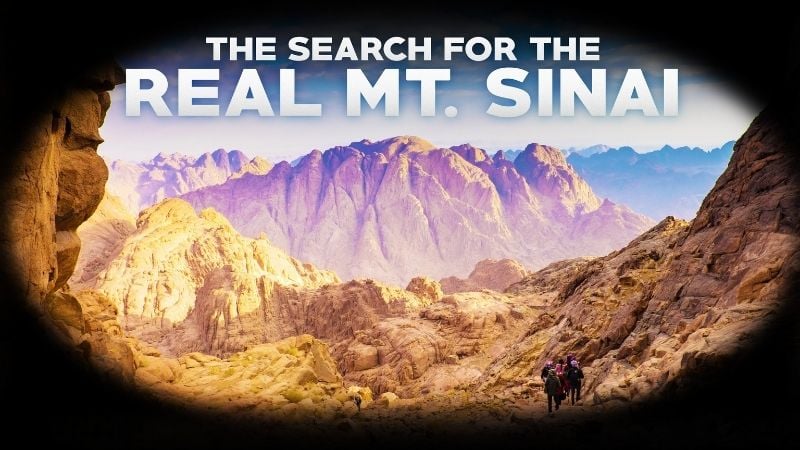 Where is the real Mt. Sinai? Sit back and watch because perhaps now we now.

Stream "The Search For The Real Mt. Sinai" by becoming a Pure Flix member today.

Witness to Hope: The Life of John Paul II 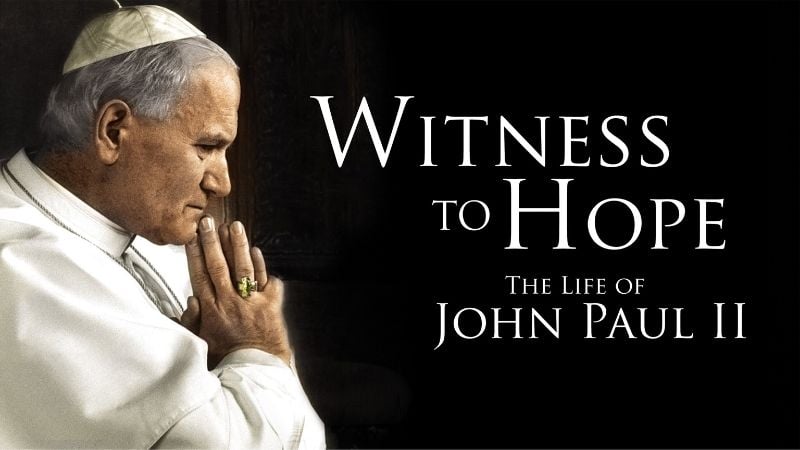 The Case for Faith: Documentary 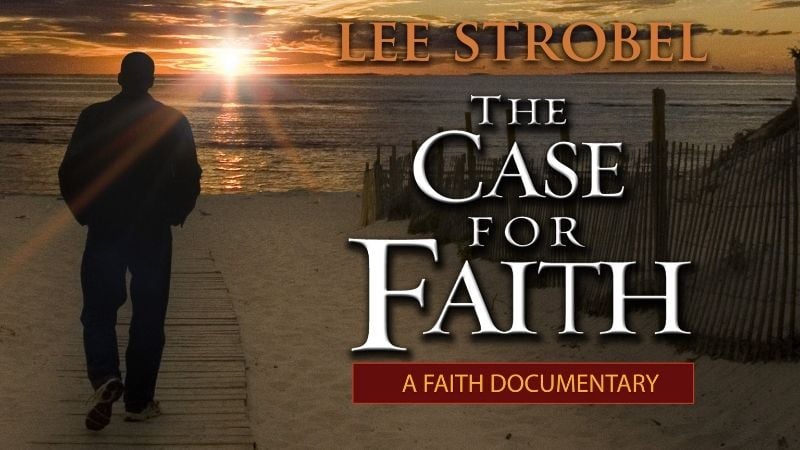 Lee Strobel's bestselling book comes to life in this unforgettable documentary that chronicles the reporter's journey from atheism to faith.

Stream "The Case for Faith: Documentary" by becoming a Pure Flix member today. "The Case for Christ," a feature documentary about Lee Strobel's salvation, is also available on Pure Flix right now.

READ ALSO: ATHEIST JOURNALIST GOES ON A MISSION TO DISPROVE CHRISTIANITY – AND HIS CONCLUSIONS ARE SHOCKING 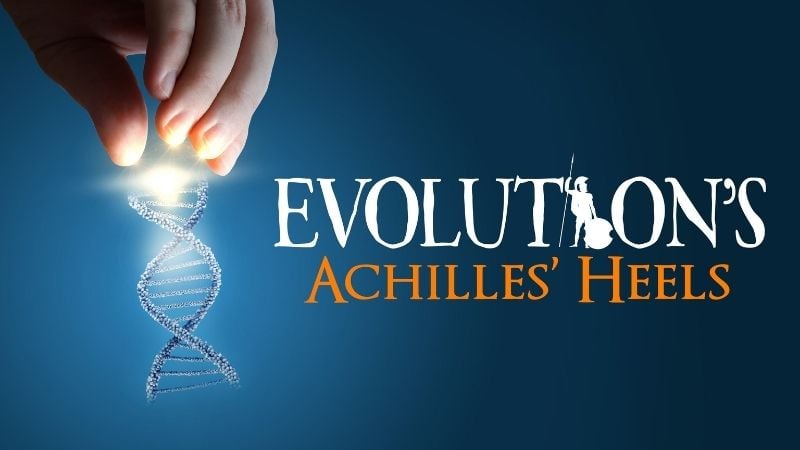 Testing the most basic fields in the theory, such as natural selection and the origin of life, scientists expose devastating weaknesses in modern evolutionary theory. 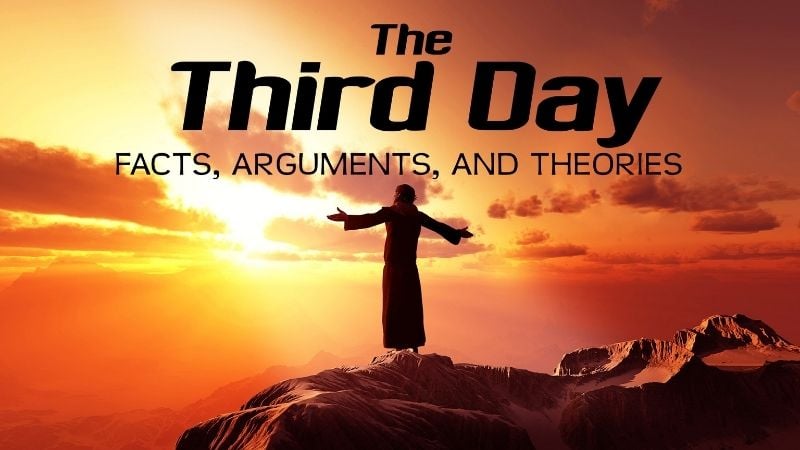 Is there any evidence that the Resurrection really happened? Scholars take a hard look and offer honest, thought-provoking answers.

That wraps up our list of Christian documentaries that are sure to inspire and educate you. If you’re looking for more inspiration, Pure Flix offers many options for uplifting Christian movies that will be sure to end your day on a great note. Relax, unwind and have hope for tomorrow by streaming movies from Pure Flix today! 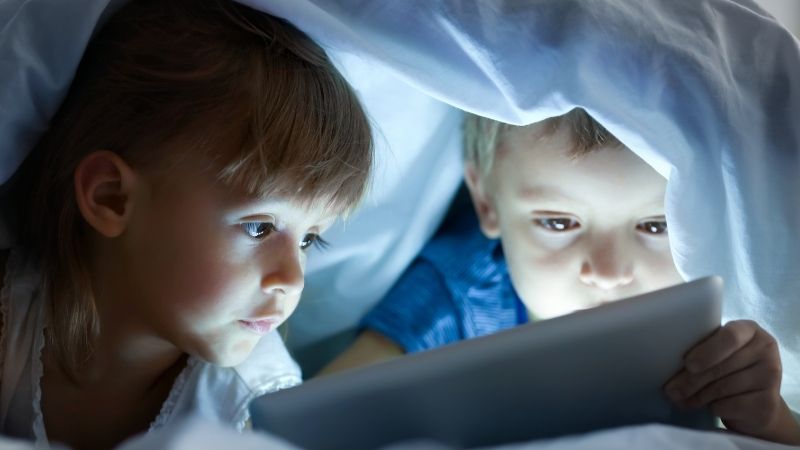 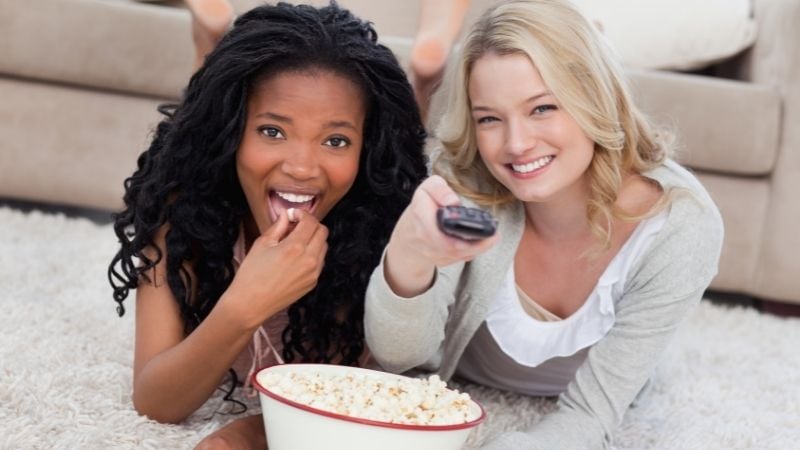