What These Fathers of the Bible Can Teach Us & How This 'Strong Fathers, Strong Daughters' Character Compares 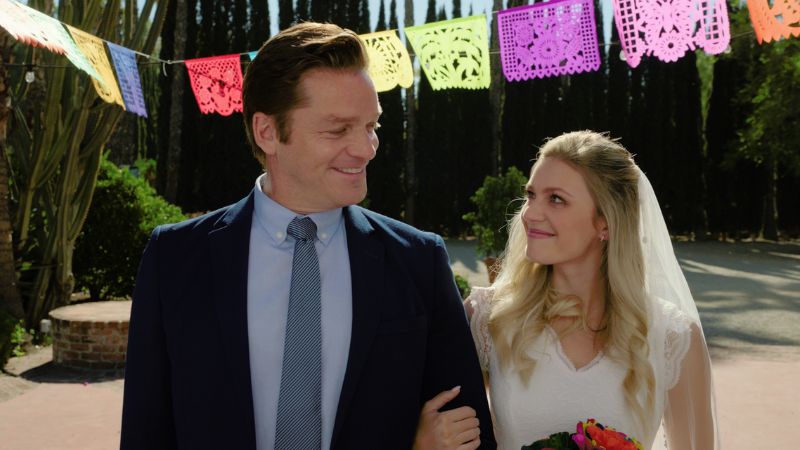 Father figures play an important role in our lives. In “Strong Fathers, Strong Daughters” we meet Steve, the father to Abby, Zoey and Bridget, as he navigates his relationship with each of them. Let’s take a look at how Steve’s actions compare to prominent father figures in the Bible.

Adam: Take Responsibility For Your Own Actions 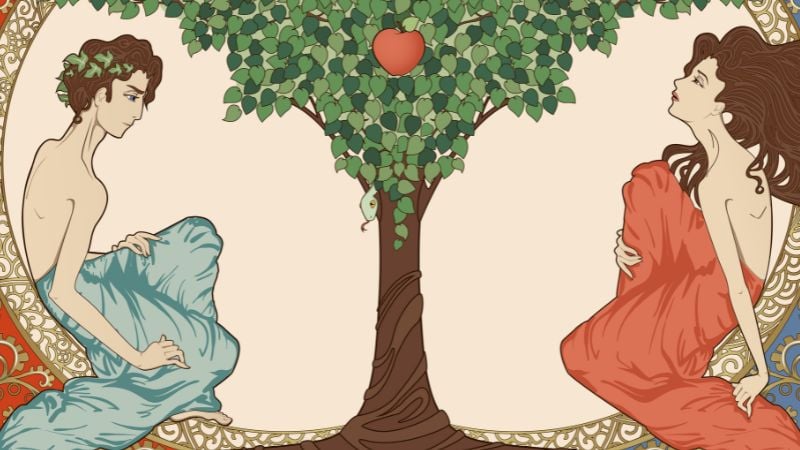 Adam is recognized as the ‘“father of all mankind” in addition to the father of Cain, Abel and countless others. We’re all aware of the Genesis story of Adam and Eve. Eve eats from the tree of knowledge that God specifically told her not to eat from, Adam followed, and both were left naked and separated from God. Adam’s act of disobedience required him to take personal responsibility for his actions in order to reconcile with God.

In “Strong Fathers, Strong Daughters,” Steve thinks he knows exactly what his daughters need and how to deliver it. Unfortunately, his daughters are desperately trying to tell him how to support them, but he chooses to ignore their cry. In turn, his daughters start to resent him. It isn’t until Steve realizes he needs to take responsibility for his actions that he apologizes to his daughters and starts to listen to what they truly are asking for and need.

Let us pray that the father figures in our lives can have the grace and wisdom to know when they need to take responsibility for their own actions. Let us pray they listen to their children with great care and love as they move from one stage of life to the next. 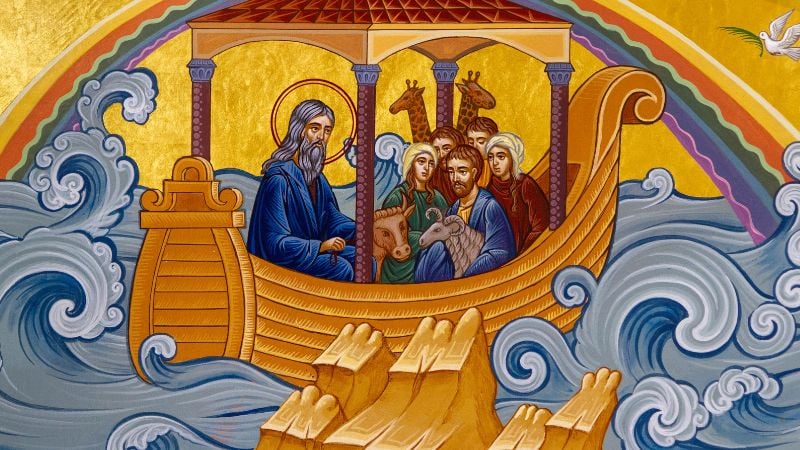 When God told Noah He was sending a flood to wipe out humankind and asked him to build an ark to save the righteous few, Noah could have ignored the request. It was an impossible thought, after all, a flood covering the entire earth. But Noah was obedient to God’s word then, and throughout his life. He trusted God and relied on Him to provide everything he needed for the build. Noah remained focused on God's plan, not his own.

Steve in “Strong Fathers, Strong Daughters” followed his own agenda, to the dismay of his entire family. He wanted Abby to follow the plan he laid out for her, which included a job at his business firm. He actively tried to manipulate Abby to stay home, rather than pursue her calling to become a missionary in Africa. Steve controlled where Zoey could go and who she could hang out with.

Steve needs to take notes from Noah’s obedience: when God’s plan doesn’t seem to be moving in the direction we think it should, we need to listen and heed His voice,  having faith that His plan is greater than ours.

Let us pray for the fathers in our lives to be filled with the Spirit in order to hear God’s word and carry it out obediently, just like Noah. Allow them to trust and have faith with everything, including his children. 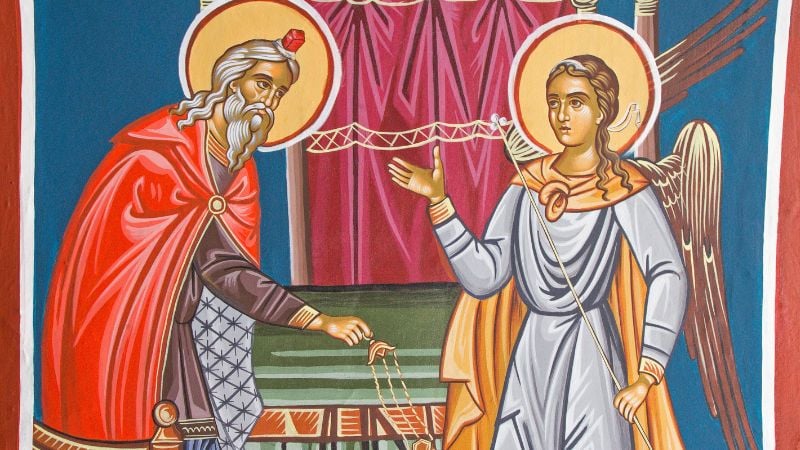 When the angel Gabriel visited Zechariah to tell him that his wife, after many years barren, was pregnant, Zechariah doubted. He questioned the angel, demanding to know how he can be sure of this prophecy. Zechariah doubted that God would be able to take control of his wife’s barrenness after so many years of heartbreak. In return, Gabriel revealed himself and punished Zechariah by making him deaf and mute.

Steve in “Strong Fathers, Strong Daughters” wants to control his daughters future and makes no room for compromise or space for God to guide Abby, Zoey or Bridge on His intended path for them. It isn’t until Steve lets go and begins to trust in God's plan that he is able to appreciate and realize each of his daughters' unique gifts and how to support them individually.

Let us pray that the fathers in our lives are able to trust in God and His goodness, especially when it comes to his family and children. Give him the grace and mercy to accept that he is not always in control but that God’s plan is greater than his own. 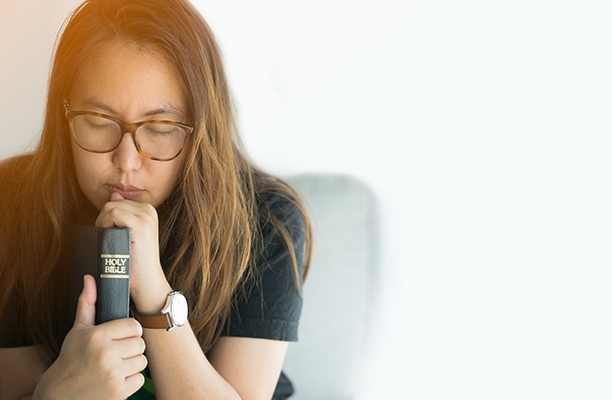 Looking for Peace? Here's How to Let Go and Let God with These Bible Verses About Peace 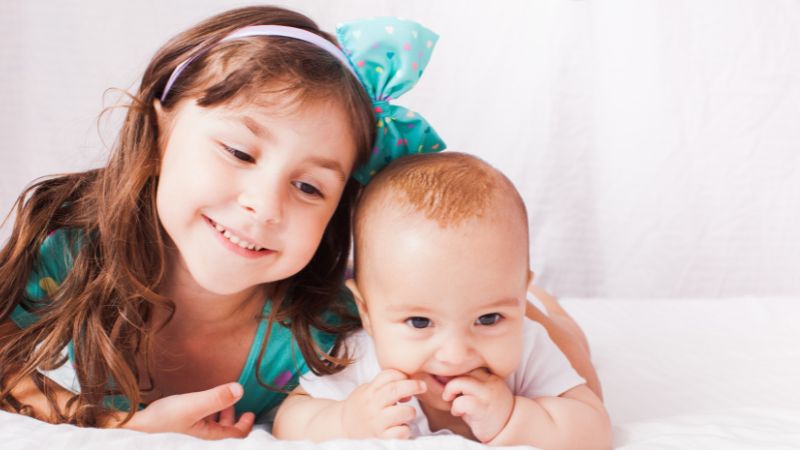 How to Celebrate National Sister Day