Easter — Is it a Pagan Holiday? 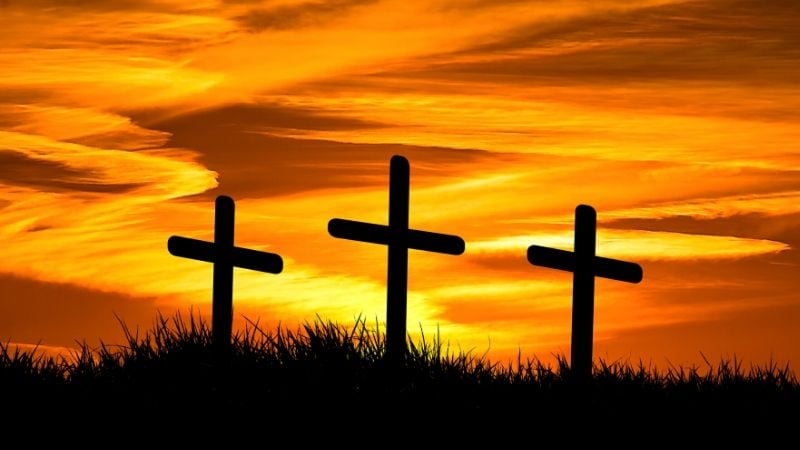 Easter is one of the most important holidays in the Christian calendar, as Easter's meaning is rooted in Christ’s resurrection — an event that is celebrated throughout the world. Over the years, though, some critics and atheists have made pagan Easter claims and accusations.

These people have claimed that there is an Easter pagan origin and that Christians somehow capitalized on other religious views and events to invent, or at least bend, the Christian Easter story around them.

So, this article will not only look at Easter meaning, but it will also explore common myths about Easter pagan holiday claims.

The Origins of Easter in the Bible

What is Easter? Well, the gospels tell us the narrative story of Jesus’ life, death and resurrection, and make it clear that Christ died for the sins of humanity. This is the basis of the Easter story.

DOWNLOAD OUR FREE "RISEN" DISCUSSION GUIDE – OUR EASTER GIFT TO YOU!

In Matthew 20:17-19 (NIV), we see Jesus predicting His own death, and telling the disciples that He would soon be leaving them:

“Now Jesus was going up to Jerusalem. On the way, he took the Twelve aside and said to them, ‘We are going up to Jerusalem, and the Son of Man will be delivered over to the chief priests and the teachers of the law. They will condemn him to death and will hand him over to the Gentiles to be mocked and flogged and crucified. On the third day he will be raised to life!’”

The gospels also tell of what happened when Jesus was detained and crucified — and events that form the bases of Easter. Matthew 27:33-37 (NIV) recaps Jesus being placed on the cross with a sign above His head: “this is Jesus, the king of the Jews.”

It is after His death that we then see the Bible discuss His resurrection.

Luke 24 tells us about Jesus rising from the dead. Mary Magdalene was one of the women who found the stone of His tomb rolled away and His body no longer inside. Christ overcame death, and appeared to His followers before ascending.

The gospels provide many other details, but this offers a quick overview. It was Christ’s death, resurrection and His forgiveness of mankind that are at the heart of Easter. You can read more about Jesus’ rising at Biblica.

Is Easter a Pagan Holiday?

Now that we have revisited the biblical account of the Easter story, let’s return to the question that some critics have posed: Is Easter a pagan holiday? The short answer: Absolutely not.

Historian Candida Moss has been among those who have tackled claims surrounding Easter pagan origin. She wrote a 2014 article for CNN titled, “Did Christians Really ‘Steal’ Easter?” When it comes to the Easter pagan holiday claims, she wrote, “Don’t believe the hype.”

While she cited some elements that people will use to connect Jesus to pagan Gods, she said there are explanations that help make sense of perceived similarities between past pagan stories and Jesus’ death and resurrection. Moss wrote:

Lumping all of these stories of dying and rising gods into a single category obscures important differences between them. Some of those who rose as gods, for example, were mere human beings prior to their return. Jesus, in contrast, was divine before his death, according to Christian theology.

Also, some of the parallels between the traditions come from a later period (post-Christianity) or are completely unsubstantiated. The arguments about Mithras and Jesus, for example, have completely fallen apart in the past 50 years because there simply isn’t enough ancient evidence to support them.

We should also ask whether the fishermen who followed Jesus around Palestine would have known about (much less adopted) stories from ancient Egyptians and Babylonians. 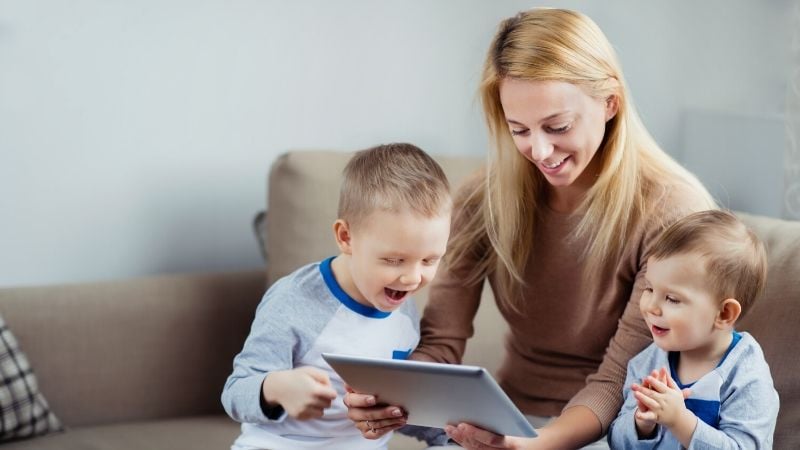 When it comes to the Easter pagan holiday claims, GotQuestions.org also dismisses these proclamations and accusations as being “based on hearsay, assumptions, and inferences, with no hard evidence to back them up.”

Some outlets have noted that traditions involving bunnies and eggs — elements that are not part of biblical Easter meaning but have a presence in modern celebrations — do have some pagan roots. Still, that has little to do with the Easter pagan holiday claim.

The Week noted, “Many of the traditions and symbols we now associate with Easter, such as eggs and rabbits, do have their origins in pre-Christian pagan rituals.”

Easter meaning involves Jesus’ resurrection, not the random ways in which some families might choose to commemorate the day.

Thomas Burke, a religion professor who is also dean of Humanities at Hillsdale College, has had plenty to say about Easter meaning and pagan Easter holiday claims.

Burke acknowledged that some common Easter traditions do emerge from past pagan practices, but when faced with the Easter pagan holiday claims that have been common, he offered some intriguing commentary.

But beyond the Easter traditions involving eggs and bunnies, Burke also addressed other “gods” who have common resurrection themes. He differentiated Christ from those other traditions.

"For Christians, however, the death and resurrection of Christ is not a myth about a god, but the historical death of a Jewish man," Burke told The Christian Post.  "That man, Jesus of Nazareth, according to Christian belief, is also the incarnation of the Second Person of the Triune God, but still a real flesh and blood man."

How Is Easter Determined?

So, how is Easter determined? Well, the Bible tells us that Passover and Easter are intricately linked due to the timing of Christ’s death and resurrection.

Pure Flix Insider has a deep-dive exploration of the connections between Passover and Easter, but Passover celebrates the Hebrews’ freedom from Egyptian captivity and slavery. The holiday begins the 15th day of Nisan (Jewish month), which usually falls in April.

We can find the Passover in the Book of Exodus when God promised the Hebrews freedom. The Egyptian Pharaoh, though, refused and there were numerous plagues that hit him and his people as a result. Eventually, this resulted in the taking of every firstborn Egyptian child.

READ ALSO: What Happened On Good Friday? A Look at Jesus’ Death and Resurrection 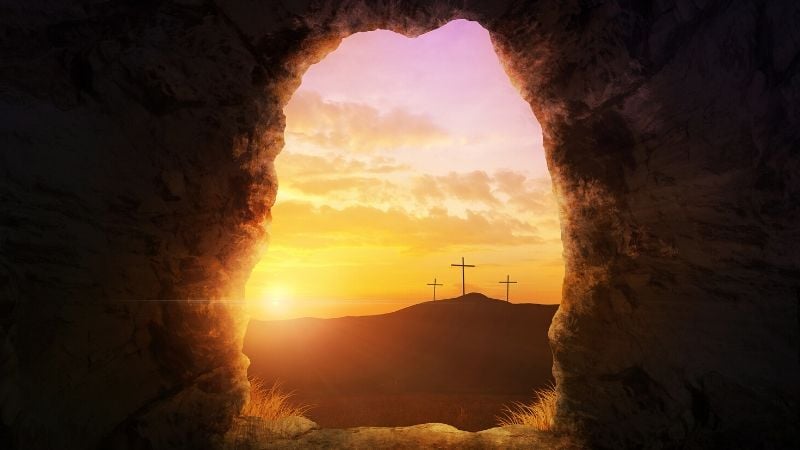 The Hebrews were protected from the Angel of Death, though, if they killed a blemish-free, 1-year-old, male lamb, ate it and placed the blood around the door frames. You can read more about this here. But consider these fascinating connections:

Consider the fact that the Passover sacrifice of the blemish-free lamb commanded by God saved the lives of the Hebrew children.

The New Testament teaches us that Jesus, who was also blemish free, shed his blood to save human beings from our sin, as GotQuestions.org noted. This is a theme that is repeatedly explained throughout the New Testament, with the disciples comparing Jesus to a lamb and explaining that he fulfilled the Old Testament prophecies.

In the end, Christians do not have to fear pagan Easter holiday claims. There’s much more research and context out there, but there are explanations that provide insight into why there are seemingly similar pagan stories — and how Jesus’ journey differentiates from these tales.

There’s no shortage of ideas for you to consider this Easter — and beyond! Become a Pure Flix member today and spend this Easter streaming the most comprehensive movies on Easter – films for the whole family like “The Messiah: A Brickfilm,” “The Chosen” and “A.D. The Bible Continues.” You’ll also find varying perspectives on the crucifixion of Jesus with movies like “Risen,” "The Passion of the Christ" and “The Penitent Thief.” 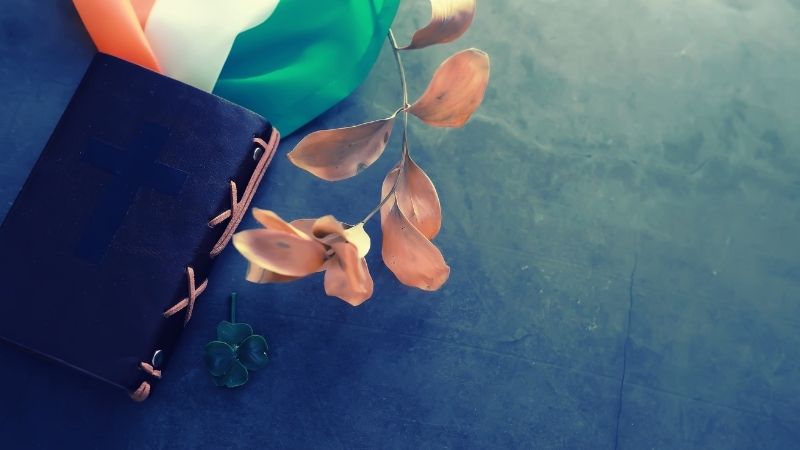 Irish Prayers for St. Patrick's Day and Beyond 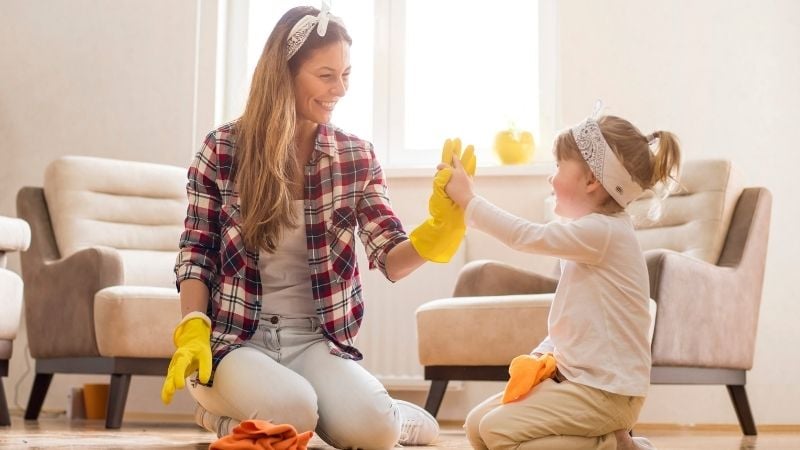 5 Steps to Spring Cleaning Your Soul