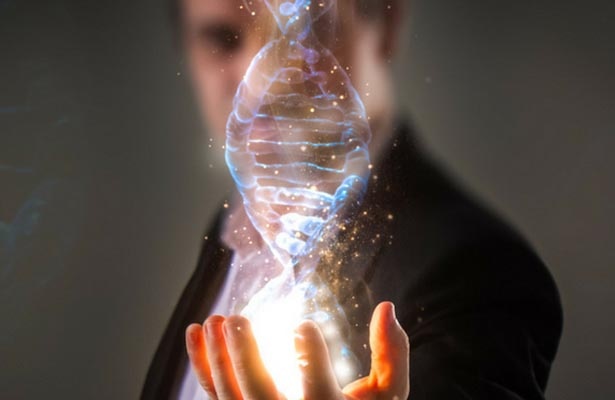 Do scientists believe in God? Can science and religion exist in harmony? When it comes to the intersection of faith and science, one of the primary subjects that emerges is creation — and the seemingly never-ending debate over evolution. Despite the fact that the science vs. religion battle is often overemphasized, there are fierce and passionate battles over how human beings and the universe at large came into existence.

First, let’s explore two key terms: “evolution” and “intelligent design.” According to the Merriam-Webster dictionary, evolution is “the scientific theory explaining the appearance of new species and varieties through the action of various biological mechanisms [such as natural selection, genetic mutation or drift, and hybridization].”

On the flip side, intelligent design is defined as “the theory that matter, the various forms of life, and the world were created by a designing intelligence.”

Of course, not everyone agrees that the science vs. religion paradigm can be so easily solved. Christian writer Jeremy Bouma explained the four primary views on creation in a blog post last year, breaking down the intricacies and differences between each category of belief: Young Earth Creationism, Old Earth Creationism, Evolutionary Creationism and Intelligent Design.

Young Earth creationists believe that God created the world in seven days, taking a literal approach to scripture. This approach carries over into beliefs on Noah’s Ark and the flood, with adherents believing that God created the Earth and everything on it in literal form — and that Adam and Eve were crafted as the Bible describes.

Here’s how Answers in Genesis summarizes this view:

Young-earth creationists believe that the creation days of Genesis 1 were six literal (24-hour) days, which occurred 6,000–12,000 years ago. They believe that about 2,300–3,300 years before Christ, the surface of the earth was radically rearranged by Noah’s Flood. All land animals and birds not in Noah’s Ark (along with many sea creatures) perished, many of which were subsequently buried in the Flood sediments. Therefore, creationists believe that the global, catastrophic Flood was responsible for most (but not all) of the rock layers and fossils.

Old Earth Creationism takes a starkly different view, with Christian group Reasons to Believe proclaiming that “the Bible never specifies a date for creation, but the creation accounts in Genesis provide some guidance.”

This, of course, has major implications for the science vs religion paradigm.

Read Also: Science and Faith are More Similar Than You Think

Rather than seeing the seven days in the creation story as literal, Old Earth creationists believe that there could be something else going on in the biblical narrative: mainly, that the days themselves were much longer than 24-hour periods. Reasons to Believe has more:

Days 1-3 cannot be ordinary days as humanity defines them because the Sun does not become visible until the fourth day. On the sixth day, Adam tends the garden, names all the animals, undergoes divine surgery and marries Eve. These events seem too significant and long to happen in one ordinary day. The seventh day, in contrast to the first six, never closes with an evening and morning. In fact, Psalm 95 and Hebrews 4 indicate that we still live in the seventh day.

In the end, Old Earth creationists see a world that could very well be 4.6 billion years old, believing that scientific data meshes well with their interpretation of Genesis.

The third perspective — Evolutionary Creationism — sees unity between evolution and the Bible. Bouma quoted Deborah Haarsma’s comments in the book, “Counterpoints” to explain how this dynamic would work: “This view accepts the scientific case for evolution while showing that it need not lead to rejection of God or a nihilistic worldview.”

Last but not least is Intelligent Design, which is similar in some ways to creationism, but does not necessarily root itself in religion or the Bible. It’s an interesting theory embedded in the science and religion debate, showcasing, once again, that belief in God and science can be totally compatible.

This idea relies on cause and effect to explore scientific studies and findings that seem to indicate that there is an intelligent creator. Encyclopedia Britannica has more:

Intelligent design was formulated in the 1990s, primarily in the United States, as an explicit refutation of the theory of biological evolution advanced by Charles Darwin (1809–82). Building on a version of the argument from design for the existence of God advanced by the Anglican clergyman William Paley (1743–1805), supporters of intelligent design observed that the functional parts and systems of living organisms are “irreducibly complex,” in the sense that none of their component parts can be removed without causing the whole system to cease functioning. From this premise, they inferred that no such system could have come about through the gradual alteration of functioning precursor systems by means of random mutation and natural selection, as the standard evolutionary account maintains; instead, living organisms must have been created all at once by an intelligent designer.

You can find a list of scientists who support intelligent design here.

For more about the intersection of science and religion — or if you’re looking for even more education and inspiration, PureFlix.com offers many options for uplifting Christian movies that will be sure to end your day on a great note.

Relax, unwind and have hope for tomorrow by streaming movies from PureFlix.com today! 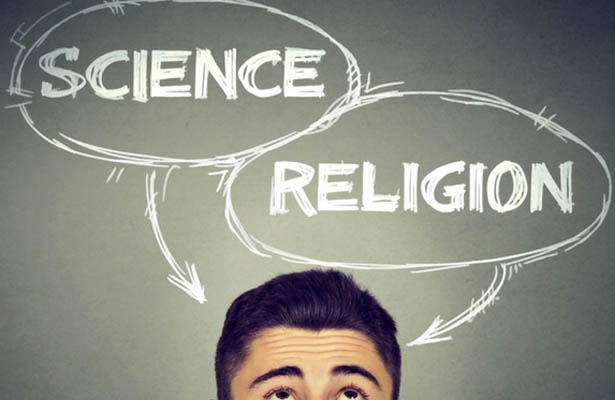 5 Scientists Who Believe in God — and Are Christians