5 Scientists Who Believe in God — and Are Christians

Do scientists believe in God? Can science and religion live in unity? These are key questions that continue to be asked in an era in which these two essential arenas are often positioned as being in eternal conflict. Reality, though, paints a very different picture. The two, in fact, go hand-in-hand, with many scientists embracing a belief in God — and some even openly embracing the Christian faith. For these individuals, science and faith fit together quite nicely.

Read about five scientists who see no problem balancing science and religion:

Dr. Leslie Wickman is a well-known research scientist, author, and speaker who has worked on NASA’s Hubble Space Telescope and International Space Station programs. She’s also a Christian who believes in the power of the Almighty.

“It’s an illusion of conflict … perpetrated by people at the extremes of the dialogue,” Wickman once said of the science vs. religion debate.

And she lives out this worldview as the executive director of the American Scientific Affiliation, a group of Christians who work in the sciences. Here’s more on the organization:

We in the American Scientific Affiliation believe that God is both the creator of our vast universe and is the source of our ability to pursue knowledge — also, that honest and open studies of both scripture and nature are mutually beneficial in developing a full understanding of human identity and our environment.

Wickman has continued to serve as an example of a scientist who looks for ways to bridge the assumed divide between science and religion.

Francis Collins, Director of the National Institutes of Health

Dr. Francis Collins is a physician-geneticist who heads up the National Institutes of Health, America’s medical research agency. Nominated first by former President Barack Obama and selected again for the role by President Donald Trump, Collins is one of the most prominent scientists in the nation.

"Dr. Collins oversees the work of the largest supporter of biomedical research in the world, spanning the spectrum from basic to clinical research,” his bio reads.

Collins — a former atheist who converted to Christianity — wrote the book, “The Language of God: A Scientist Presents Evidence for Belief” back in 2007. He has spoken out repeatedly about the intersection of faith and science.

While some Christians will disagree with Collins’ take on evolution, he has affirmed that he believes science and God absolutely go hand-in-hand.

“I did not always embrace these perspectives. As a graduate student in physical chemistry in the 1970s, I was an atheist, finding no reason to postulate the existence of any truths outside of mathematics, physics, and chemistry,” Collins wrote in a CNN op-ed. “But then I went to medical school and encountered life and death issues at the bedsides of my patients. Challenged by one of those patients, who asked ’What do you believe, doctor?’, I began searching for answers.”

Dr. Ben Carson was a revered pediatric neurosurgeon at Johns Hopkins Hospital in Baltimore before becoming a 2016 presidential candidate and now the 17th Secretary of the U.S. Department of Housing and Urban Development.

His incredible personal story started with a childhood of poverty, but hard work and perseverance later earned him success. Carson, whose biography is told through “Gifted Hands,” a movie now streaming on PureFlix.com, is an outspoken Christian who has frequently shared how his faith in the Almighty guides his life and career.

“God has given us more than 14 billion cells and connections in our brain,” Carson once said. “Why would God give us such a complex organ system unless he expects us to use it?”

He also said, “Everyone in the world is worth being nice to. Because God never creates inferior human beings, each person deserves respect and dignity.”

Dr. Ian Hutchinson teaches nuclear science and engineering at the Massachusetts Institute of Technology (MIT) and he, too, sees synergy between science and religion. In a profile published on BioLogos, he explained how he came to faith and why he believes in the Resurrection.

“I became a Christian, as an undergraduate at Cambridge University, because of the person of Jesus,” Hutchinson said. “He was, to me, an exceedingly attractive figure for what he taught and what his life and death was said to represent.”

The scientist went on to say that he believes the evidence for the Resurrection is strong — something that he came to believe is definitely true. Hutchinson continued:

“I also heard clearly the call to repentance and discipleship, and I accepted it. My subsequent decades of experience in the Christian faith have confirmed to me the reality of God's presence, and my intellectual exploration has strengthened my conviction that the Gospel is supported by compelling evidence and logical arguments.”

Those are some compelling words for a man who so prominently works in the science arena. 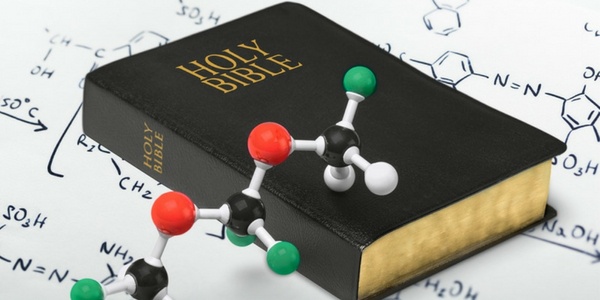 Dr. Jeff Hardin heads up the department of integrative biology at the University of Wisconsin. He, too, has openly discussed his Christian faith, proclaiming that “the Christian story of the world” is what “makes sense of reality.”

“When I began to grasp the personal and cosmic dimensions of this Big Story, I began to catch a tiny glimmer of how it makes sense of everything else.” he told BioLogos. “First, it made sense of my own life. When I was first presented with the Good News about Jesus of Nazareth, I saw that the Gospel story ran right through my own life.”

Hardin, an evangelical, has often spoken out about his belief that evolution and the Bible are compatible — something that many evangelicals reject. That being said, he has urged people on both sides of the divide to exercise caution when dealing with these controversies.

On the flip side, evangelist Ken Ham has opted for a more literal approach to Genesis, creation — and evolution.

When it comes to the science vs religion debate, it’s clear that there are religious scientists who see no problem letting their faith inform their worldview — even in the field of science. 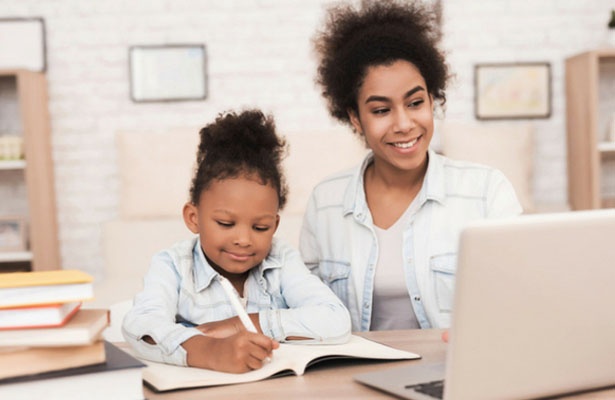 9 Questions to Ask Before Creating a Homeschool Schedule